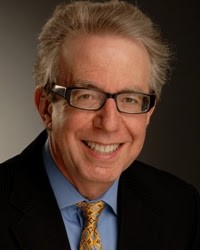 Scholars for Peace in the Middle East deeply mourns the passing of Professor Jonathan Adelman on October 29, 2021. Adelman served as SPME’s President for four years.

Professor Adelman spent the majority of his career at the University of Denver where he served as a full professor at the Josef Korbel School of International Studies. Educated at Columbia University, he wrote or edited twelve books and hundreds of op-eds on the Middle East, China and Russia.

Adelman was a pioneer in Chinese and Russian studies and was an honorary professor at both Peking University and People’s University in Beijing. He was also a much sought out expert and speaker who lectured all over the world, and who served as a consultant on Russia and China for leading Silicon Valley firms.

Jonathan Adelman grew up in a Zionist home and was committed to Israel and a strong US-Israel alliance. He was also committed to fighting antisemitism in all its forms. We are grateful for his service and dedication to SPME and to the principle that teaching and research on Israel must be honest and follow data and facts. His scholarship and voice will sorely be missed.