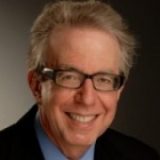 Dr. Jonathan Adelman, a full professor at the Josef Korbel School of International Studies at the University of Denver, has written and edited 12 books since receiving his Ph.D. from Columbia University. His recent book from Routledge in London, The Rise of Israel: A History of a Revolutionary State, has been well received. Having taught at Hebrew University and the University of Haifa, he was invited this past summer for talks at both the Israeli Foreign Ministry in Jerusalem and the Israeli Embassy in Washington.

Professor Adelman has extensive experience with the American government. In September of 2008 he briefed the Chief of Naval Operations Executive Panel on northeast Asia security issues. As Condi Rice’s doctoral dissertation adviser, he occasionally briefed the Secretary of State on international issues. Since 1988, the State Department sent Professor Adelman on 15 international speaking tours to countries ranging from Japan, China, and India to Russia, Germany and Spain.

In the 1980’s he served for eight years as a Senior Scientist working for SAIC on contracts on the Soviet military for the Defense Department.

Professor Adelman has lectured at universities ranging from Harvard, Columbia and Cambridge, to the Air War College and Chinese National Defense University (Beijing).