Why Professors Are Canceled 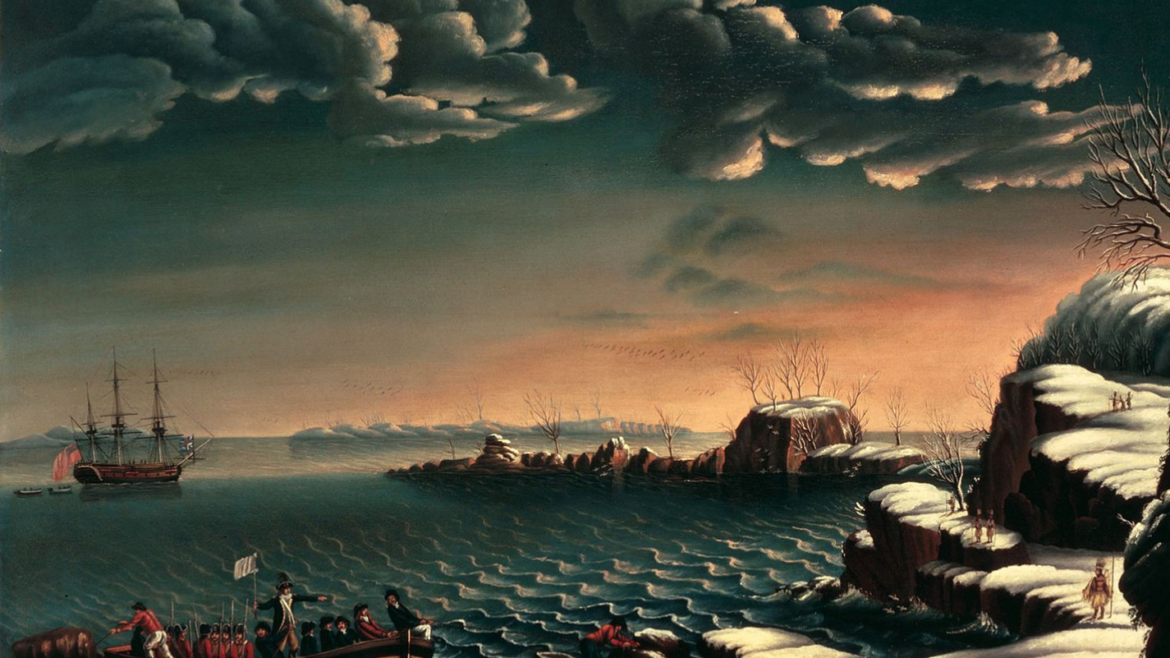 The cancellation of professors is overdetermined, that is, caused by multiple influences all contributing to the end result. Anne Applebaum reviews some prominent cancellations in her lengthy account in The Atlantic, entitled “The New Puritans.” Here are some of the contributing circumstances: One is that the targets tend to be successful, high-ranking, and often popular, boasting achievements in scholarship and teaching. A second is that they make some people uncomfortable by being too demanding, or too forthright in expressing opinions, or too friendly. Lower-status individuals, students, and colleagues gain prominence by attacking high-status individuals, especially if the attack is in the name of some imaginary application of “social justice.” “Once it becomes clear that attention and praise can be garnered from organizing an attack on someone’s reputation, plenty of people discover that they have an interest in doing so.”

The attacks are one side of the equation, with the other being compliance by university administrations. Not only do illiberal administrations discourage diversity of thought and opinion, but they have hired many political commissars, called “diversity officers,” to suppress any deviation from “social justice” ideology, now the official philosophy of universities. Diversity of opinion is a form of diversity that is today unwelcome, in fact, forbidden. These officials are uninterested in truth or conventional justice, but in suppressing dissent and removing individuals who do not toe the line of “social justice”—the precise meaning of which is in constant flux.

Heeding public demands for rapid retribution, they sometimes impose the equivalent of lifetime scarlet letters on people who have not been accused of anything remotely resembling a crime. Instead of courts, they use secretive bureaucracies. Instead of hearing evidence and witnesses, they make judgments behind closed doors.

The important point that she makes here is that the accused are not accorded due process, are denied equality before the law, and are simply condemned because the administration finds it convenient:

Still, no one quoted here, anonymously or by name, has been charged with an actual crime, let alone convicted in an actual court. All of them dispute the public version of their story. Several say they have been falsely accused; others believe that their “sins” have been exaggerated or misinterpreted by people with hidden agendas. All of them, sinners or saints, have been handed drastic, life-altering, indefinite punishments, often without the ability to make a case in their own favor. This—the convicting and sentencing without due process, or mercy—should profoundly bother Americans. In 1789, James Madison proposed that the U.S. Constitution ensure that “no person shall be … deprived of life, liberty or property without due process of law.” Both the Fifth and the Fourteenth Amendments to the Constitution invoke due process. Nevertheless, these Americans have been effectively deprived of it. [emphasis added]

Applebaum alludes to the resemblance of contemporary American universities to Soviet courts and Chinese Communist Red Guards, reminding us that the Red Guards were students whose first victims were their teachers and professors. Nor are Canadian or European universities exempt from mob tactics and administration cancellation.

Indeed, Applebaum refers to the current situation as “the new mob justice.” One professor told her that “The university campus that he once loved has become a hazardous jungle, full of traps.” But the members of the mob “don’t want to endorse the process of mistake/apology/understanding/forgiveness—they don’t want to forgive.” Instead, he said, they want “to punish and purify.” [emphasis added]

One way to view this new puritanism is as the shock troops of “equity” in action. Equity is an absolute form of equality that requires equal outcomes irrespective of unequal inputs. In other words, equity means that everyone must have equal results and rewards, however different their contribution. Nothing but universal participation trophies are allowed. Such “outmoded” and “supremacist” ideas as achievement, merit, and excellence are denounced by those enlightened by “social justice” ideology. Only absolute equality is recognized as legitimate, and anyone who disagrees must be canceled.

I have seen this first hand in a quite different cultural context. Village or agrarian-pastoral towns in highland Sardinia have a strong ethos of equality and inclusion. All members of the village, or “residenti” in legal terms, are deemed of value, and should be treated equality. But some members of the community, especially in response to modern opportunities, have gained economic success and political status. This has engendered resentment and invidia, envy, among some members of the population. Two events that took place when I was living in Villagrande Strisaili dramatically expressed these reactions: A private factory built in Villagrande partly with government grants and loans was firebombed and totally destroyed. Meanwhile, a large modern hotel built and due to open in Tortoli, in the lowlands, was also firebombed and partially destroyed. Too much success, that raises some over the rest, leads to invidia and retribution.

But, according to Applebaum, it is not just envied success that led to the downfall of canceled professors and others. It is that they did not accept the “sudden shifts in social codes in America … that have led to their dismissal or their effective isolation.” Applebaum goes on to say

Some of those I interviewed have behaved in ways that I, or readers of this article, may well consider ill-judged or immoral, even if they were not illegal. I am not here questioning all of the new social codes that have led to their dismissal or their effective isolation. Many of these social changes are clearly positive.

In other words, if you do not conform to the new “clearly positive” cultural codes and social mores, if you object and criticize, well, perhaps you deserve to be canceled. Atlantic editors were so taken with this point that they made it the summary under the title: “Social codes are changing, in many ways for the better. But for those whose behavior doesn’t adapt fast enough to the new norms, judgment can be swift—and merciless.”

To what “clearly positive” changes does Applebaum refer? She does not say. Is it the condemnation of half of Americans as “deplorables” and “internal terrorists”? Is it the identification of “whiteness” as the main evil in America, and the subsequent teaching of white children that they are inherently evil and of black children that they are forever victims? Is it the defunding and disbanding of the police? Is it the riots, looting, arson, assaults, murders, and widespread destruction plaguing our cities? Is it the wholesale release of violent felons from prison, the unwillingness of judicial officials to prosecute people for criminal acts, and the decriminalization of theft, vandalism, and assault? Is it the huge upsurge of violent offenses, including homicide, mostly of black and brown people, in all of America’s cities? Is it allowing biological males to compete in women’s sports and stay in women’s shelters and prisons, or schools encouraging children to change sexes and undertake life-changing hormonal and surgical treatments? Is it the open borders and the flood of millions of unknown illegal aliens, many infected with COVID? Is it the condemnation of males as “toxic” and the increasing replacement of males by females in all American institutions, such as universities where females now constitute 60% of students and graduates? Is it the better part of one million unborn or recently born babies killed in the U.S. every year? To be sure, any professor who opposes these “clearly positive” changes deserves to be canceled.

For my temerity in stating that cruelty and violence were widespread in the Middle East, the mob denounced me for racism and Islamophobia, two of the most severe condemnations in the “social justice” lexicon. Perhaps these students had not noticed the Islamic State’s beheadings, enslavement of “infidel” girls and women, gang rapes, sex-slavery, and murders of uncooperative females. Or the Syrian civil war that killed close to half a million Syrians. Or Saddam’s poison gassing of Iraq’s Kurdish minority. Or Iran publicly hanging gays from cranes, or raping virgin female prisoners so that they would not go to heaven when executed. The students complained that my words made them feel “unsafe.” If these students lived in the Middle East rather than benign Canada, they might have a more realistic idea what “unsafe” means.

Applebaum rightly condemns “the array of university presidents who have refused to stand by their own faculty members when they are attacked by students.” McGill’s response to the student attack on me did not follow this common pattern. Rather, the provost, the university’s senior academic officer, published a statement asserting McGill’s support for academic freedom, including the common-sense affirmation that disagreements of opinion are not grounds for discipline.

But Applebaum’s broader explanation that victims of cancellation have not responded well to “sudden shifts in social codes” seems a bit off. Would her analysis of the Armenian genocide in 1915 be that the Armenians did not respond positively to the “sudden shifts in Turkish social codes”? How about the Kulaks in Stalin’s USSR in 1929, just not quick enough at liquidating themselves? What about those who did not go along with the “sudden shifts” in Germany in 1938? In all of these cases there were many people who thought that “these social changes are clearly positive.” Applebaum’s explanation is too glib by half, and leaves the reader wanting a deeper account—which one might have hoped for from the author of a book entitled Twilight of Democracy: The Seductive Lure of Authoritarianism.

Why Professors Are Canceled