If you are going to spell it ‘antisemitism,’ then you should remove the hyphen from ‘anti-Zionism’ 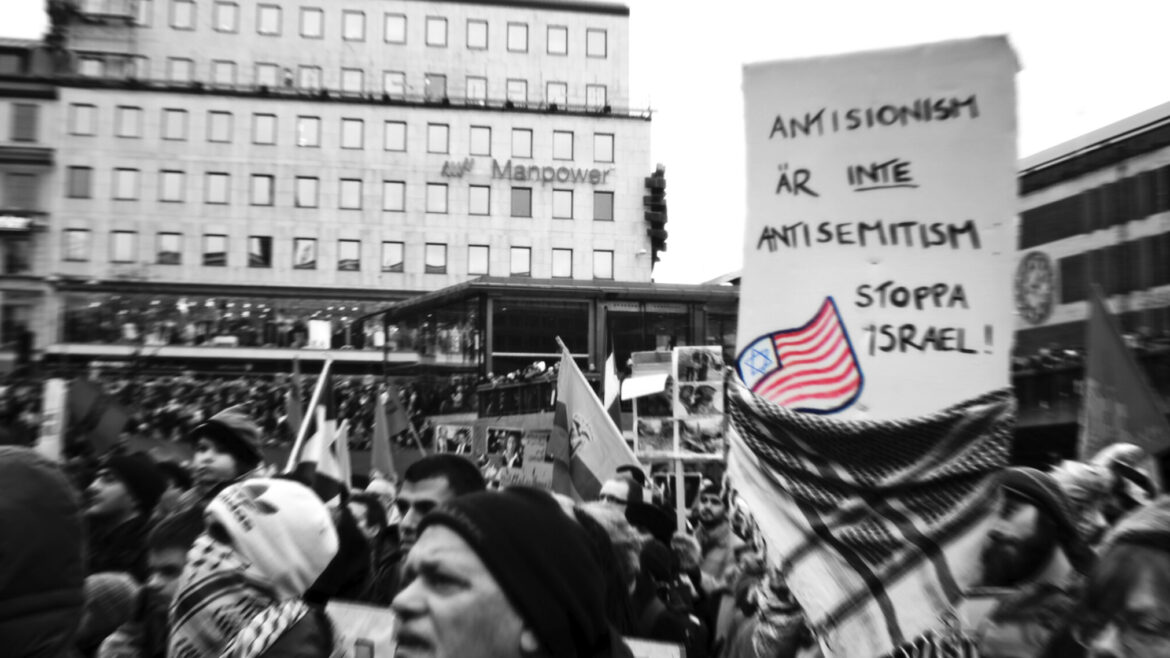 And that would be a mistake.

To be clear, the Emory University historian is a fierce opponent of Jew-hatred and Holocaust denial, having vanquished the Holocaust denier David Irving in a British court, among other triumphs over bigotry.

But over the past few years, Lipstadt has led a campaign to eliminate the hyphen in the word “anti-Semitism,” preferring “antisemitism.”

Why do hyphens matter? Lipstadt argues that “anti-Semitism” is misleading because it denotes hatred of Semites, not Jews. She notes that the German historian who coined the term “anti-Semitism” was a far-right polemicist who sought to blame Jews for the “Semitic” characteristics that allegedly incited anti-Jewish bigotry.

She joins several authorities who have eliminated the hyphen in response to those who, either for political reasons or in error, misuse the term to minimize its anti-Jewish character. [The Associated Press and the Jewish Telegraphic Agency are among the news organizations that have recently agreed to the change.]

The issue generates surprising controversy. In Palgrave’s new collection of essays, “Key Concepts in the Study of Antisemitism,” some authors eschew the hyphen, arguing that it lends credence to offensive arguments about Jews’ racial otherness. Others, however, prefer the hyphen either because of common usage or to emphasize that the term originates in a tradition that viewed Jews and Arabs as sharing a common “Oriental” heritage. This caused the editors to throw up their hands in frustration. Unable to choose, they permit both spellings, skittering back and forth in a way they acknowledge may be “disconcerting.”

Lipstadt is right that “anti-Semitism” has misleadingly conflated Jews and “Semites” since it was first coined in the 19th century. But she is wrong to think eliminating the hyphen will solve anything.

In German, “Antisemitismus” has been hyphen-less for over a century. This has not averted the confusion that worries Lipstadt. Nor did it eliminate Jew-hatred in that country.

The problem lies not in the hyphen but in the term itself, which was invented by Jew-haters who thought its pseudo-scientific sound would give social acceptability to their prejudice. Scholars and linguists, however, have yet to devise a suitable alternative. “Jew-hatred,” “anti-Judaism” and “Judaeophobia” have their partisans, but each term has problems. Until a better term arrives, we are stuck with anti-Semitism. Hyphen removal is no panacea.

The dilemma worsens when the hyphen is removed from “anti-Semitism” but not its handmaiden, “anti-Zionism.” Much commentary surrounds the contested relationship between these concepts.

Some say that anti-Semitism refers to discrimination against “Jews as Jews,” while anti-Zionism means opposition to Zionists as Zionists. They are wrong about both. Anti-Semitism opposes Jews based on false stereotypes and gross fantasies. It hates Jews not as Jews but as monsters whose villainy is concocted by the haters. In the same way, anti-Zionism hates Zionists not as Zionists but as figments of the haters’ imaginations.

Zionism can be many things: a political ideology, the yearning of a people for return to a land, the Diaspora’s support for Israel’s security. But it never means the murderous, world-dominating conspiracy that its opponents fantasize about. The hyphen in “anti-Zionists” wrongly suggests that such people oppose what Zionism really is, as opposed to what they imagine it to be.

Historian James Loeffler argues that anti-Zionism, as a concept and a construct, deserves the same historical analysis as anti-Semitism. Anti-Zionism, as opposition to Jewish national aspirations, arises from many strands within the Jewish and Arab worlds. As a distinct ideology, however, antizionism (the spelling is mine) was forged in Soviet propaganda, in the context of the Cold War and the rise of post-colonialism, as a reaction to Israel’s orientation toward the United States and the West. This ideology of hate fuses age-old anti-Semitic stereotypes, European conspiracy theories, left-wing anti-nationalism and post-Cold War geopolitics.

This new ideology, which has gained considerable steam since the Second Intifada and the United Nations’ 2001 Durban anti-racism conference, should not be conflated with the political movements — including the opposition to Zionism that arose among Jews themselves — that preceded it. If ever there is a place to remove the hyphen, it is here: Antizionism today is no mere opposition to Zionism. It reflects instead an independent form of hate with its own history and logic.

At the Louis D. Brandeis Center, we frequently defend Jewish students and professors who are stigmatized, excluded or attacked for their sympathies toward the State of Israel. If their antagonists were merely critics of Zionism as a political movement, then this might be a mere political dispute, albeit one conducted with unusually nasty tactics.

In fact, students are targeted because Zionism is an overt element of their identity as Jews. This Zionophobia, as some prefer to call it, can only be understood on its own terms as a distinctive form of prejudice. This notion is lost when anti-Zionism is hyphenated but antisemitism is not. Thus between anti-Semitism and anti-Zionism, there should be two hyphens or none.

Most commentators have praised Lipstadt’s nomination, given her international reputation. A few critics oppose based on her perceived partisanship. As a former Republican appointee, I am willing to go out on a limb: Confirm Lipstadt, but let her fight anti-Semitism. If she wants to go hyphenless, she must fight antizionism, too.

If you are going to spell it ‘antisemitism,’ then you should remove the hyphen from ‘anti-Zionism’