”Jewish people insisting on being included in a curriculum that has never been about them reeks of white privilege.” 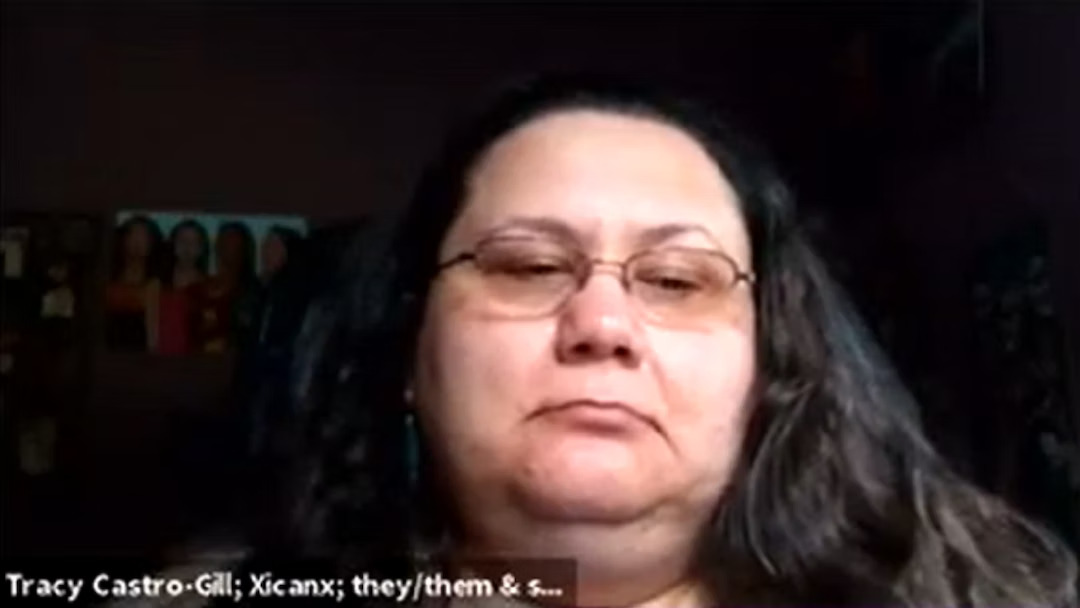 The Washington State Board of Education moved closer last week to requiring high schoolers to study “ethnic studies” in order to graduate–even as the activist who formally trained the board on the subject has been railing against Jews, downplaying the oppression they have faced and writing: “How do we hold white Jews who are complicit in Whiteness (racism) accountable when they use their Jewishness to try to cover their deeds?”

At its November 2 meeting, the board reviewed a draft report that forms one milestone on the journey to implementing mandatory ethnic studies. It said, “At the 2022 listening sessions, voices speaking against ethic [sic] studies were noticeable,” but that “The Board remains convinced that ethnic studies, implemented well, will benefit all students.” Prior to the meeting, the board sought to quell a firestorm by issuing a statement that said that ethnic studies “is not… the idea that any race is superior to another; about blaming or making students feel guilty about their race or identity; [or] indoctrination.”

In March 2021, as another part of the path to requiring students to study the field, the Washington State Board of Education voted unanimously to require its own members and staff to take eighteen hours of training from the nonprofit Washington Ethnic Studies Now (WAESN). But WAESN and its executive director, Tracy Castro-Gill, have recently been lashing out against Jews who have complained about their treatment in the curriculum and claiming that they have too much power with the school superintendent.

In an October 20 blog post on “Jewishness and Ethnic Studies,” Castro-Gill mulled “Jewish complicity with whiteness” and downplayed the oppression faced by Jews, saying, “Racially motivated hate crimes increased in 2020 while religious hate crimes decreased.” The blog post was one of several on the topic, with an earlier installment saying, “Why do some white Jews, in particular, insist that their experiences with oppression and genocide are somehow unique? There are far more examples of genocide among people of the global majority than white Jews.”

In another entry in WAESN’s series on “Jewishness and Ethnic Studies,” Castro-Gill wrote, “White Jewish people insisting on being included in a curriculum that has never been about them reeks of white privilege.” She noted that the Washington state development is reminiscent of what happened in California, in which Governor Gavin Newsom vetoed a radical plan following an outcry by Jewish groups, ultimately signing a slightly watered-down version.

“Members of California’s Jewish legislative caucus penned a letter denouncing the work of ethnic studies scholars of color saying, ‘We cannot support a curriculum that erases the American Jewish experience, fails to discuss antisemitism, reinforces negative stereotypes about Jews, singles out Israel for criticism, and would institutionalize the teaching of antisemitic stereotypes in our public schools,’” Castro-Gill write. “The thing is, ethnic studies, historically, has never been about Jewish Studies. The focus has always been on racially minoritized groups.”

Castro-Gill has played an instrumental role in making Seattle and Washington state schools some of the most politicized in the country. Earlier this year, the book “Race To The Bottom” highlighted how the “Xicanx” education activist was three-quarters white and moved her child in with a child molester.

Castro-Gill worked for the Seattle Public Schools as its Ethnic Studies Manager until May 2020, when the superintendent said she was removing her from her job because of “unprofessional behavior.” But Castro-Gill fell upwards, gaining an influential role over statewide education instead.

By 2022, the state Office of the Superintendent of Public Instruction (OSPI) counted WAESN’s trainings as eligible for professional development credit, meaning Castro-Gill’s group was paid to provide training to teachers. And Washington State Ethnic Studies Framework, which guides the state’s engagement with the field, thanked Castro-Gill for working “with the Ethnic Studies Advisory Committee to inform the creation of the Washington State Ethnic Studies Framework and accompanying materials and resources.”

“How do you propose to end racial injustice in OSPI by holding anti-racist leaders accountable to ‘professional conduct standards’ steeped in White Supremacy Culture?”

In December 2021, WAESN said that OSPI had “removed WAESN from a list of ethnic studies professional development (PD) resources,” with Superintendent Chris Reykdal writing that it was because he had “received complaints regarding content posted by WAESN that was offensive, inflammatory, and targeted at education partners.” WAESN said Castro-Gill planned to bombard him with daily emails asking questions like, “How do you propose to end racial injustice in OSPI by holding anti-racist leaders accountable to ‘professional conduct standards’ steeped in White Supremacy Culture?”

In an April blog post, Castro-Gill provided some possible insight into the breakdown, saying she “raised concern over the Washington State’s Office of the Superintendent of Public Instruction’s (OSPI) actions in the development of the state’s ethnic studies framework that included granting white, Jewish organizations and individuals the authority to vet and veto the work of people of color.”

OSPI (which is separate from the state board of education) said in a statement that “When it became clear to us in recent years that WAESN was not just an education-focused organization, but also a political one — and that they had used their platform to make disparaging comments about others — we took action to remove their materials from our website in places where the organization was listed as a resource for schools and educators.”

But it noted that “Washington’s school districts have the authority to make their own decisions about the curricula and curricular materials to be used in their classrooms.”

Indeed, Castro-Gill still has inroads into schools through many other forums. On October 22, at a 15th Annual Northwest Teaching for Social Justice Conference panel co-hosted by the local teachers union, Castro-Gill discussed “Ongoing attacks on ethnic studies led by Zionists and white Jews”–during the Sabbath, when observant Jews could not attend.

Stephanie Davidsmeyer, a spokeswoman for the state board of education, said, “We are also not working with WAESN in any professional capacity currently.” She added that all of the board’s staff and members had already completed their 18 hours of training with WAESN.

”Jewish people insisting on being included in a curriculum that has never been about them reeks of white privilege.”