The slogan has long been used as a Hamas rallying cry 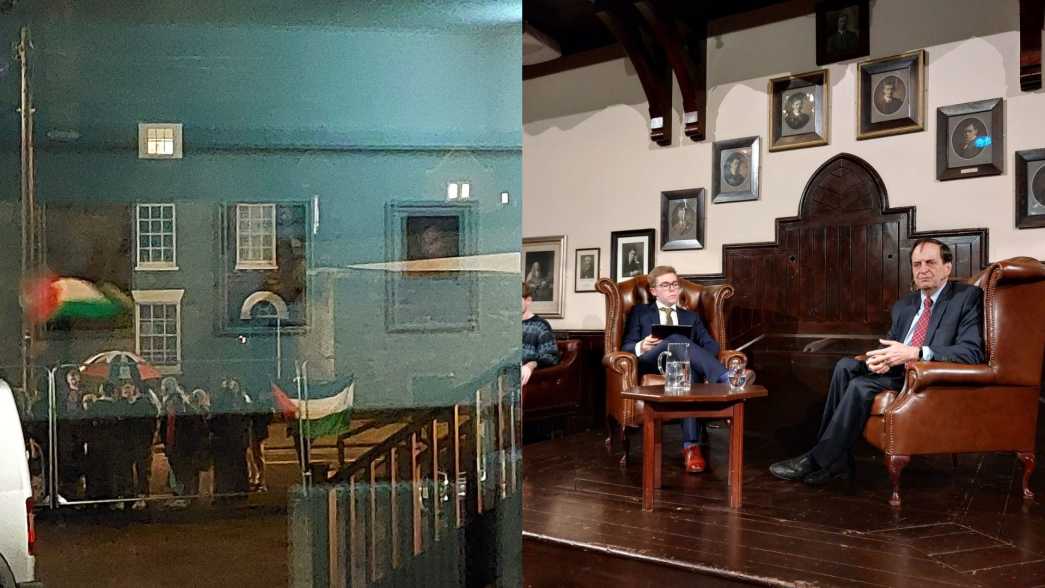 Mr Meridor, invited for a campus tour by the Pinsker Centre think tank, spoke for approximately an hour at the Cambridge society on a range of subjects including Iran, the Abraham Accords and the peace process with the Palestinians. Outside the venue, students were recorded chanting “from the river to the sea, Palestine will be free”, a video of which was posted on the Pinsker Centre’s twitter profile.

Students at Cambridge chant “from the river to the sea”, while protesting a talk given by Israel’s former Deputy Prime Minister, Dan Meridor.

On the same day as a bombing in Jerusalem, it is sickening to hear chants used by Hamas being used to shut down free speech in the UK. pic.twitter.com/RL9m9ZlUMw

“From the river to the sea” is a common refrain made by anti-Israel campaigners who advocate the dismantling of the Jewish state. It has also long been a Hamas rallying cry.

Before the event, student societies at Cambridge and other universities had signed an open letter denouncing Mr Meridor as a “war criminal” and a “torturer” and called on the Cambridge Union to cancel the event.

A spokesperson from the Pinsker Centre said: “on the same day as a bombing in Jerusalem, it is sickening to hear chants used by the Hamas terrorist organisation being used to shut down free speech at one of Britain’s leading universities. This is not the first time we have seen such protests and we are proud that the Cambridge Union and other societies have stood by their invitation and not given in to pressure from fringe extremists.”

The Cambridge Union told the Varsity student newspaper that “the Cambridge Union is strongly committed to our founding principle of promoting Free Speech. The Union’s role is to create a safe space in which to discuss difficult topics and provide members with the opportunity to cross examine them. The format of our speaker events offers members a unique opportunity to directly question powerful and high profile figures”.

Earlier this year, then-education secretary Nadhim Zahawi told the JC that those that use the river to the sea chanted should be investigated.

Speaking to the JC after he hosted an antisemitism summit in January, he said universities should get tough following the government’s proscription of Hamas in its entirety.

The chant is frequently heard at pro-Palestinian rallies, despite it being widely understood as a call for the destruction of Israel.

Under the government’s ban, supporting any arm of the Hamas terrorist network is a criminal offence.Asked whether universities should investigate students who join in this chant, the education secretary replied: “Absolutely. This is a proscribed organisation. And I think any proscribed organisation should be reported to the police and authorities.”

The slogan has long been used as a Hamas rallying cry