Lawmakers urge investigation into Yale over faculty support for BDS 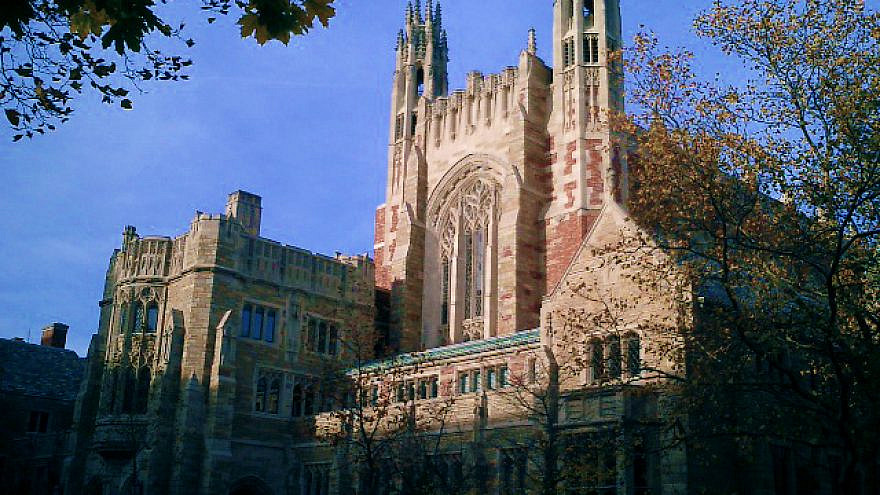 Rep. Scott DesJarlais (R-Tenn.) has become the fifth member of the U.S. Congress to call for an examination of a Title VI-funded Middle East Studies center during this session of Congress. He wrote to U.S. Secretary of Education Betsy DeVos requesting an investigation into the Council on Middle East Studies at Yale University’s MacMillan Center for its use of grants allotted under Title VI of the Higher Education Act.

The letter details systemic problems, including widespread faculty support for the BDS movement.

Title VI requires recipient institutions to “promote access to research and training overseas, including through linkages with overseas institutions,” among them Israeli universities. Any active boycott is therefore against the law.

DesJarlais also notes that since 2012, Yale has received some $2 million from such governments as those of Saudi Arabia and Turkey. Because current federal law requires little transparency in foreign donations to universities, potential conflicts of interest exist.

Available information indicates that Yale’s programs disproportionately demonize Israel and are obsessed with not offending the sensibilities of Muslims, including even Islamists.

In its investigation of Middle East studies at Duke and the University of North Carolina, the Department of Education found that putting “considerable emphasis” on one religion over another was not in accordance with Title VI.

“Campus Watch congratulates Rep. DesJarlais for calling attention to the numerous issues at Yale’s Council on Middle East Studies,” said Winfield Myers, director of the Middle East Forum’s Campus Watch. “That he is the fifth member of Congress to call out a Title VI center demonstrates the nationwide scope of abuses. The Department of Education must get serious about these problems by launching its own investigations.”

“Yale isn’t just ignoring the opinions of students, parents or alumni; it’s now flouting federal law,” said Cliff Smith, director of the Middle East Forum’s Washington Project. “Yale must decide whether it really needs Title VI funds. But if it chooses to accept them, it must follow the law, and the Department of Education should enforce it.”

Lawmakers urge investigation into Yale over faculty support for BDS