The students, who have been on strike for the past 10 days, called off the agitation on Wednesday evening 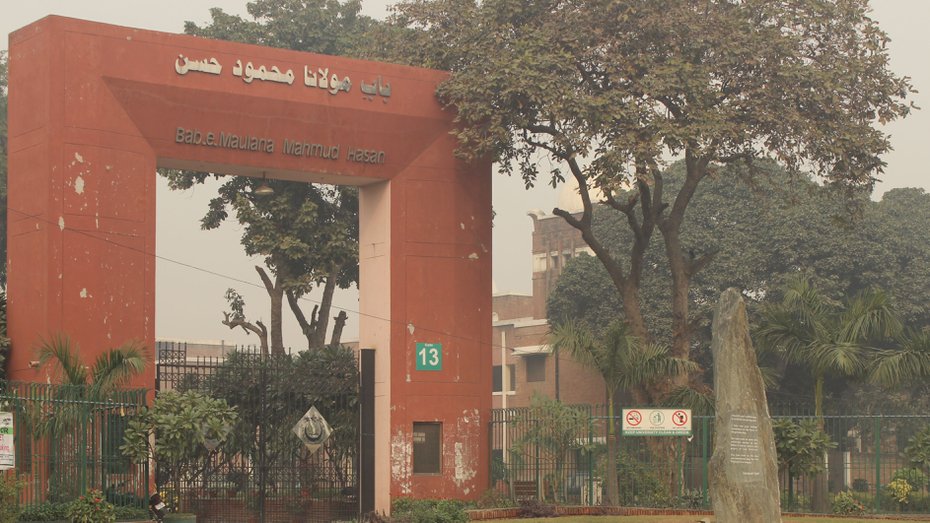 The Jamia Millia Islamia university has given in to the demand of protesting students and announced that it would not allow Israeli delegates to take part in events on the campus in future.

The university has also stalled disciplinary action against five students who took part in a protest against the participation of Israel in a campus event.

The students, who have been on strike for the past 10 days, called off the agitation on Wednesday evening.

A bar on Israeli delegates has been a key demand of the students protesting against the occupation of Palestine. The institution had witnessed clashes between two groups of students on Tuesday when the administrative buildings were picketed.

The students ended the protest after a meeting with chief proctor Waseem Ahmad Khan and other faculty, alumni, and officers from the Jamia Nagar police station.

Varsity PRO Azeem Ahmad released an agreement on four demands, signed by Khan and representatives of the students groups, including CPIML-Liberation’s All India Students Association and the Dayar-i-Shauq Students Charter.

The most important point was the last: “We assure that if any Israeli delegate participates in any programme, we will not allow.”

Many students have been on strike since October 14, demanding the withdrawal of the showcause notices to the five students for protesting a medical infrastructure expo by the Faculty of Architecture and Ekistics in which Israel was a country partner earlier this month.

The five students had said they were roughed up and detained by university security officials in the proctor’s office.

Police in riot gear were sent to the campus last night but were prevented from entering by agitators.

The agitators had to withdraw the demands for an apology from Khan for initiating disciplinary action and action against the varsity’s security guards for assault.

The varsity has had a history of anti-Zionist activism and in 2014 the administration released a statement by teachers condemning the Israeli offensive in Gaza.

Sumedha Poddar, one of the five who faced action and joint secretary of Jamia’s AISA unit, told The Telegraph, on Wednesday evening: “We said we won’t take back our four main demands and stuck to our stand until the chief proctor agreed… The police are still here but we expect them to leave soon. We are taking out a victory march.”

The students, who have been on strike for the past 10 days, called off the agitation on Wednesday evening