Group “submitted a shareholder proposal for Morningstar’s annual meeting in May 2021 requesting the board prepare a report for investors on the risks associated with activism against Israel. 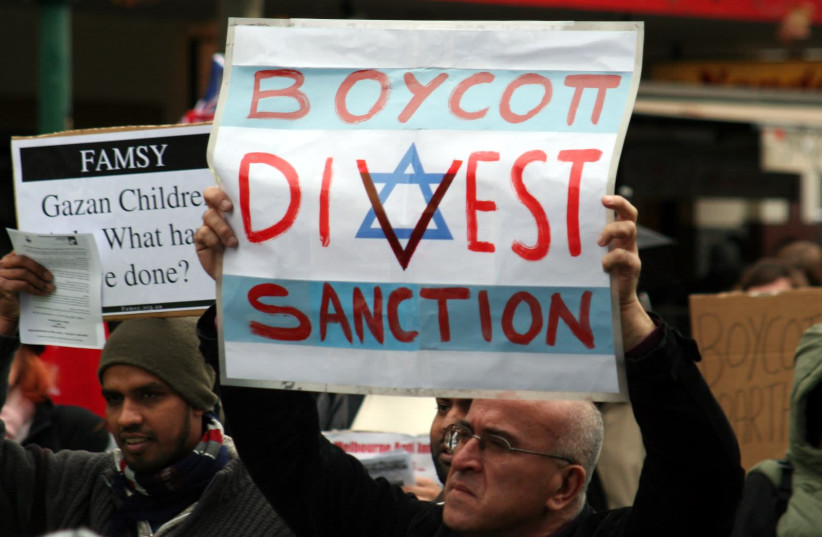 The prominent investment organization JLens that focuses on Jewish investments placed the Chicago-based multinational investor company Morningstar on its “Do Not Invest” list because the firm supports the anti-Israel Boycott, Divestment, Sanctions movement.

JLens conducted an analysis of Morningstar and determined that, in 2020, Morningstar purchased the allegedly pro-BDS Sustainalytics, a Netherlands-based company that sells ESG (Environment, Social, Governance) research to support socially responsible investing. In 2019, Sustainalytics absorbed GES International, a Swedish company that also implements ESG investment strategies and advances the aims of BDS, according to JLens.

JLens said: “With over $100 million in assets established by Jewish institutional investors,” it “will not own shares of Morningstar (MORN) until such time as JLens can determine the company no longer engages in nor profits from economic warfare activities against Israel. JLens does not offer an opinion as to whether the business activities of Morningstar are in violation of US anti-BDS laws.”

The State of Illinois, where Morningstar is located, passed a robust anti-BDS law in 2015. The law permits the Illinois Investment Policy Board to bar companies from the state’s pension portfolios if the firm is found to be enabling a boycott of the Jewish state. It is unclear if the state’s investment agency plans to take punitive action against Morningstar.

JLens came out swinging and, according to its statement, “submitted a shareholder proposal for Morningstar’s annual meeting in May 2021 requesting the board prepare a report for investors on the risks associated with the economic activism against Israel in Morningstar’s business lines.”

Morningstar’s 2019 Annual Report states, “When it comes to investing, ESG is not political, it is practical.”

JLens said: “Hopefully Morningstar’s board will heed their own guidance and ensure that discriminatory politically biased agendas have no place in Morningstar’s services going forward.”

In 2019, the German Bundestag passed a resolution declaring BDS an antisemitic movement that resembles the Nazi boycott of Jewish businesses in Hitler’s Germany. The Austrian parliament passed a similar anti-BDS resolution in 2020.

On Tuesday, The Jerusalem Post sent multiple queries to Morningstar’s newsroom and, after the Post contacted Morningstar’s director of personal finance, Christine Benz, via Twitter on Friday, the company responded.

A Morningstar representative said: “The bias claims made by JLens are grossly inaccurate and without merit. We have repeatedly explained our research methodologies and processes to JLens to no avail.” In response to the Morningstar comment, a JLens representative said its organization stands by its findings.

Rabbi Abraham Cooper, the associate dean of the human-rights organization Simon Wiesenthal Center, told the Post last Thursday: “I am deeply disturbed by the silence of Morningstar over these serious charges. It is almost beyond belief at a time when Arab and Israeli businesspeople have established joint business and economic ventures throughout Middle East and Africa and beyond, that any respected firm would guide its investors based on the anti-peace and anti-Israel and antisemitic BDS movement. We call on Morningstar to immediately take the necessary steps to address the charges [and to] correct the situation.”

According to JLens’ findings, “Morningstar claims to provide independent and objective research to investors. However, JLens’ analysis concluded Morningstar’s products and services, following the incorporation of Sustainalytics and GES, now actively support the BDS campaign’s economic warfare tactics against Israel.”

The statement continued: “Morningstar’s Controversy Reports support the BDS campaign by elevating the controversy rating of BDS-targeted companies, which in turn raises those companies’ overall ESG Risk ratings. Raising the ESG Risk rating of a BDS-targeted company precludes investment by many socially responsible investors and funds that rely on Morningstar data for investment decisions.”

The inclusion of Morningstar on JLens’ Do Not Invest list means the “companies [are] in sectors that are antithetical to Jewish social and environmental values, as well as companies that demonstrate unacceptable behavior from a Jewish communal perspective, such as support for the BDS campaign. A company with unacceptable behavior will only be added to JLens’ Do Not Invest list when advocacy efforts, including written communication and direct dialogue, have failed to produce positive change.”

Morningstar spokeswoman Stephanie Lerdall declined to answer Post questions about whether the corporation has a written policy against bias targeting Jews and whether Morningstar agrees with the German and Austrian parliaments, as well as the US State Department, that BDS is an antisemitic movement.

Group “submitted a shareholder proposal for Morningstar’s annual meeting in May 2021 requesting the board prepare a report for investors on the risks associated with activism against Israel.
Skip to toolbar