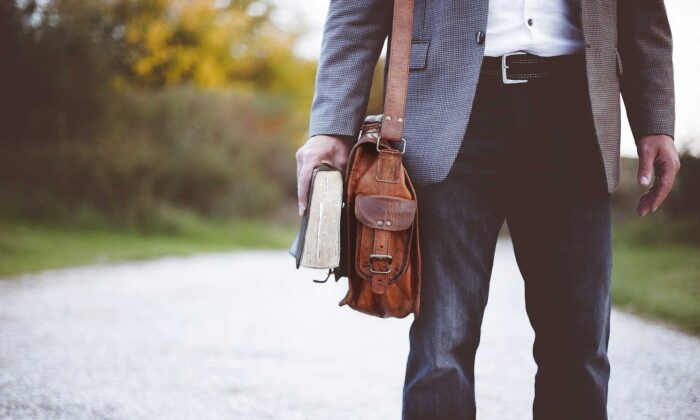 Liberal arts education, as I experienced it at Antioch College in the late 1950s and early 1960s, was aimed at opening students’ minds to the intellectual life of Western culture.

Students were asked to consider such questions as “What counts as a good life?”, “How do people’s ideas and actions differ from place to place and time to time?”, “What is the basis of social life?”, “Do people have free will or is life determined?”, “Where does wealth come from?”, “Is science different from other belief systems?”, “What is beauty?”, “Who should govern?”, and many others engaged with literature, languages, and science.

Liberal arts education relied on academic values derived from the Enlightenment. These are openness in the search for truth, merit-based selection of personnel, and academic freedom for diversity of thought. These values are based on, as Gad Saad puts it, “the defining ethos of the West, namely the unfettered commitment to the pursuit of truth.” Both merit-based selection of personnel and freedom for diversity of thought are structural conditions for the search for truth, as both are required for a fruitful exchange and competition of ideas in an intellectual marketplace.

During the past four decades, liberal arts education was canceled, and is now deceased. Postmodernism assassinated the idea of “truth,” claiming that all knowledge is subjective and that each person has “my truth.” Critical theory imposed the definitive and final answer to social and political questions in terms of Marx’s class conflict theory, with the creative modification of racial, gender, and sexuality classes being the actors in oppression and victimhood. Feminists disposed of Western culture and civilization as the patriarchal work of “dead white men.” Goodbye, Homer and Shakespeare and all of Western literature, Bach and Beethoven and all of Western music (except Clara Schumann), Rembrandt and Renoir and all of Western painting (except, of course, Berthe Morisot and Mary Cassatt).

Race activists have rejected the U.S. Declaration of Independence and Constitution as the work of “slave owners,” and the entire country as “systemically racist.” Race-baiters at The New York Times, once a serious newspaper, declared that America was from its foundation about slavery and has been about anti-black racism ever since, and never about anything else. America has been duly canceled. Canada, weak on slavery, is deemed strong on “colonialism” and utterly worthless. Liberal arts education was, as we have now been informed, always a lie in aid of patriarchal and white supremacist oppression.

With neo-Marxist “social justice” ideology having answered all important questions, not only is further inquiry redundant, but also any alternative point of view, criticism, or objection is forbidden as “white male supremacism” and “violence” against “marginalized, racialized, and underserved populations,” who “feel unsafe” and traumatized if they hear opinions that do not support “social justice” ideology. Thus, freedom of speech and academic freedom are totally canceled. Diversity of thought and opinion is deemed reactionary, fascist, Nazi, and evil.

Education today, in universities and in schools under the guidance of universities, is all about overthrowing the patriarchy and white supremacism and replacing males with females, and whites with people of color, preferably lesbians and transsexuals of color. There’s no longer a need to ask all of those obscure liberal arts questions, for we now have all of the virtuous answers. We know how society was constituted as oppressive, and how it will be reconstituted as virtuous. We know who is worth listening to and emulating—females and people of color—and who must be marginalized—males and whites.

This replacement, apparent for example in the demography of all universities, has been conducted under the slogan “diversity, equity, and inclusion,” which means fewer men and whites (with the exception of the preferred illegal aliens), and more females and people of color. Today, it’s males and whites who are “underrepresented,” which is exactly what was hoped for by the “woke.”

With liberal arts education no longer available in “woke” anti-male and anti-white universities, what options are available for high school graduates?

Higher education has for decades been seen in North America as the path to economic and social success. Parents have sacrificed to send their children to college and university. Even if they know how corrupt higher education has become, they wouldn’t be willing to deprive their offspring of the advantages alleged to follow from graduation.

So, for the, say, 90 percent of parents who are not Marxists, radical feminists, anti-white racists, and science deniers, what can they do for their children?

Above all, don’t let your children enroll in “studies” courses—feminist, black, ethnic, “Latinx,” queer, trans, and whatever new “victim” they come up with next. Unless you want your children to learn race and gender hatred, hatred of their country, and hatred of Western civilization, and want them to have as their occupational destiny fast food outlets and coffee houses, avoid these “woke” programs.

In the social sciences, anthropology, sociology, and political science used to be serious academic subjects but are now devoted to lies, such as that blacks are at more risk of death from police rather than from the black criminals who in reality take most of their lives, that statistical disparities are proof of discrimination rather than differential preferences and capabilities, and that men can become women and women can become men.

The humanities are much the same and should be avoided. Don’t imagine that English literature is taught in English departments anymore. They would not sink to teaching “dead white men.” English departments are now all “woke” cultural studies, which probably explains why enrollment has plummeted. History has now become “people’s” history, with special emphasis on the “oppressed.” Its enrollment has also plummeted. Even language programs are no longer about teaching language but about “social justice.” Avoid at all costs the social sciences and humanities.

It may be hard to believe, but education and social work are more radical. Education faculties are dedicated to bringing race and gender hatred into the schools.

Only the hard sciences, engineering, and mathematics have maintained some academic content, although the departments themselves struggle with the “diversity, equity, and inclusion” mandates imposed on them. So, STEM would be the only programs that would be worthwhile for your children. Oh, but not biology, which has been canceled by transgender activists and their enablers throughout society, and who will cancel your children should they believe in biology.

Wisdom, once sought in the liberal arts, must now be sought elsewhere.