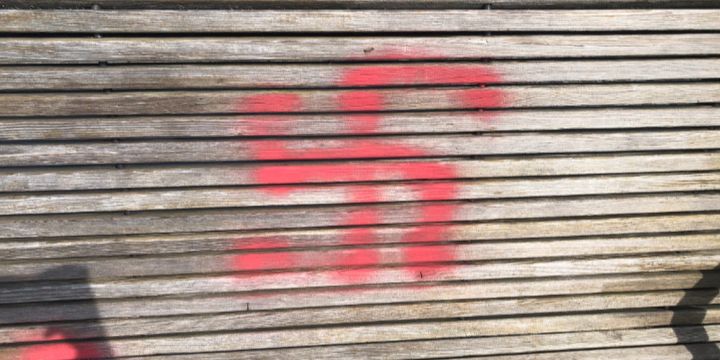 Swastikas spray-painted on a bench on the Walnut Street Bridge, in Chattanooga, Tennessee. Photo: Twitter.

Hate crimes committed in the US rose to their highest level in more than a decade in 2019, a new report from the FBI disclosed on Monday, leading to calls from American Jewish groups for the urgent passage of legislation to counter the trend.

The FBI’s “Hate Crimes Statistics, 2019” report recorded 7,314 criminal incidents and 8,559 related offenses as being motivated “by bias toward race, ethnicity, ancestry, religion, sexual orientation, disability, gender, and gender identity” — an increase of 3 percent on the previous year and the highest number since 2008.

The crimes included 51 hate-related murders — the most recorded since the FBI began collecting hate crimes data in 1991 and more than double the 24 recorded the previous year.

Hate crimes directed against Jews and Jewish institutions increased by 14 percent to a total of 935 — once again, the highest figure since 2008.

Commenting on the report, the Anti-Defamation League (ADL) said that the FBI’s data “reveals a harrowing trend of increasing hate crimes being reported in the United States, even as fewer law enforcement agencies provided data to the FBI.”

The ADL also warned that despite the rise in hate crimes, the true number was likely higher than that recorded by the FBI.

“The FBI’s annual report has consistently provided the most comprehensive snapshot of bias-motivated criminal activity in the United States, but there has long existed a reporting gap that under-represents the true number of hate crimes that occur,” the ADL noted.

The ADL’s CEO, Jonathan Greenblatt, stated: “In this pivotal moment in our national conversation about the importance of justice for communities of color, religious minorities, and the LGBTQ+ community, we must make combating hate crimes a top priority.”

Both ADL and the American Jewish Committee (AJC) urged the US Congress to pass the “NO HATE Act,” which would significantly boost state and federal resources for combating hate crimes.