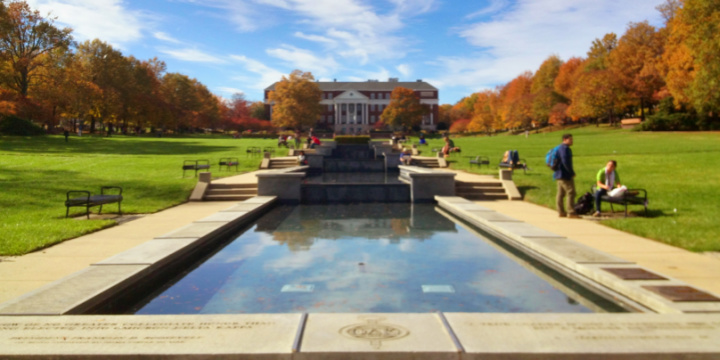 In a civil rights lawsuit brought Tuesday, a former University of Maryland, College Park professor accused the school of discrimination and wrongful termination as “retaliation” for expressing her Jewish beliefs and affiliations.

Filed in the US District Court of Maryland, the suit, alleging a violation of Title VII of the Civil Rights Act of 1964, said that Dr. Melissa Landa — a professor at the College of Education for ten years before the university declined to renew her contract in 2017 — was subjected to “a series of actions designed to alienate, humiliate, and ultimately terminate” her after she began speaking out against antisemitism.

The lawsuit described an increasingly hostile work environment that faced Landa after she organized a group Oberlin College alumni to counter antisemitism and became involved in opposing efforts to boycott Israel.

“As Dr. Landa’s efforts and involvement in raising awareness of antisemitism became more public, the conduct of Dr. Landa’s supervisors towards her suddenly and drastically changed for the worse,” the suit said.

The associate chair of the department urged Landa to distance herself from the Oberlin group, the suit continued, and abruptly pulled out of their plans for a joint lecture after Landa made known her work with the Academic Engagement Network, a group of faculty opposed to the Israel boycott campaign.

The department’s chair also harshly disapproved of a trip to Israel taken by Landa during the Passover holiday in 2016, even though she had received prior approval.

Asked to cut her trip short, Landa returned to campus and was told by the chair that she “‘should never have granted [Landa] permission for the trip,’ and that she had not realized that Passover lasts eight days,” the lawsuit alleged. Later that Spring, Landa was told she could not teach the new version of a literacy course she had long taught — thus jeopardizing a related research grant she had secured with the Levinsky College of Education in Israel.

Landa filed a religious discrimination report with the college’s Diversity Officer, and when that did not resolve the issue, filed a faculty grievance. That grievance was denied in June 2017, and days later she was informed, without justification, that her contract had not been renewed.

Landa’s attorney, Mark Goldfeder of the American Center for Law and Justice, told The Algemeiner on Thursday that she had no “professional problems until she started expressing her Jewish faith more openly.”

“Dr. Landa was an award winning professor, extremely popular with students and colleagues,” Goldfeder said. “We want the university to make this right and to ensure that Jewish students and faculty at UMD have their rights respected going forward.”

In a statement to The Algemeiner, the University of Maryland said that while its practice was not to comment on ongoing litigation or personnel matters, three university bodies had previously reviewed Landa’s allegations and determined them to be without merit.

“We are confident that the university’s policies and procedures ensured a fair and comprehensive review of the allegations of discrimination and that her claims were thoroughly evaluated,” the statement said. “The University of Maryland has a vibrant Jewish community and robust array of programs with Israeli-based institutions. The Gildenhorn Institute for Israel Studies, one of the premiere programs of its kind, and the Meyerhoff Jewish Studies Center support broad-based academic inquiry. We are proud of the support, education and home we provide to one of the largest Jewish student populations in the country.”

Editor’s note: this article has been updated with a statement from the University of Maryland