US university faces lawsuit for firing Prof. for pro-Israel activity 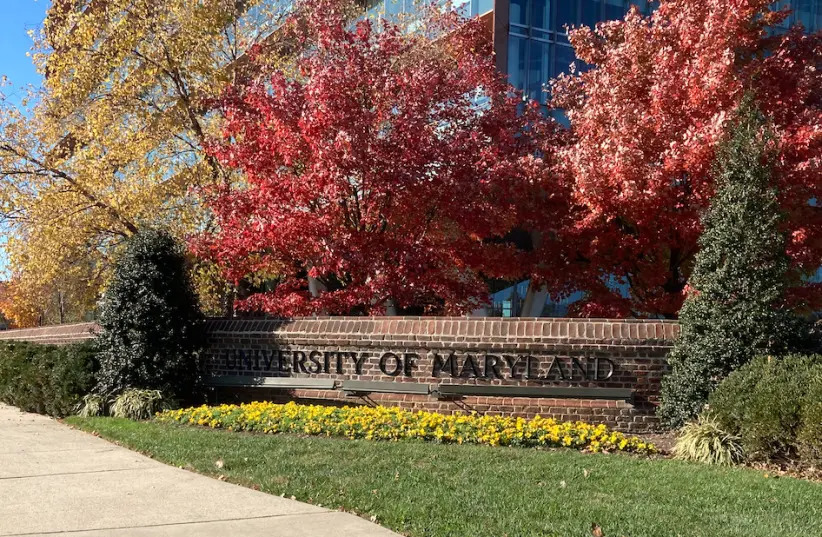 The prominent American academic Melissa Landa is suing the University of Maryland for her alleged illegal termination and documented accusations of anti-Jewish discrimination by the academic institution that she experienced in connection with her religious background and her pro-Israel advocacy.
Landa told The Jerusalem Post on Monday that “In January 2016, from the time when I informed my associate chair about my efforts to combat antisemitism at my alma mater, Oberlin College, and continuing as I became an outspoken opponent of the BDS campaign against Israel, I experienced growing hostility and then overt religious discrimination toward me from my superiors. They marginalized me, excluded me, and denied me professional opportunities. Finally, after I complained about religious discrimination, they fired me. It was a traumatic experience.”
BDS is an abbreviation for the Boycott, Divestment, Sanctions campaign targeting Israel.
The Post obtained a copy of Landa’s thirty-page lawsuit, which was filed on January 4,  against the university. According to the lawsuit, “When Dr. Landa began expressing her Jewish identity and faith more fully and publicly, she was immediately subjected to disparate treatment and unequal terms and conditions of employment including, but not limited to, adverse employment actions for observing Jewish holidays, removal from teaching classes she had taught for almost a decade, denial of teaching assistance, new limitations on her participation within the Department, hostility, retaliation, and ultimately, termination.”
Landa taught at the university between 2007 until 2017 and worked at the university’s Department of Teaching and Learning, Policy and Leadership in the College of Education.

Memorial chapel at the University of Maryland. (credit: VIA WIKIMEDIA COMMONS)

The lawsuit alleged that Landa received prior approval from Francine Hultgren, the Chair of the Department of Teaching and Learning, Policy and Leadership, to celebrate Passover in Israel.
However, Hultgren, according to the lawsuit, later lashed out at Landa and threatened her employment.  Hultgren wrote in an email, according to the lawsuit, that it was “quite out of bounds of acceptability with regard to campus policy. She said Landa was “in a compromised position.”
Landa alleges that after she and many other academics in the US became affiliated professors at the University of Haifa, her supervisors began to crack down on her.
The Haifa academic affiliation was “a gesture of solidarity with Israeli scholars who are being ostracized by the academic boycotts against Israel, “noted Landa’s lawsuit. Landa also informed Hultgren that media would be covering her “work opposing antisemitism, including the Boycott, Divestment and Sanction (BDS) movement – an international campaign that denies the Jewish people their right to national self-determination in their ancestral homeland, Israel.”
Landa’s lawsuit stated that “The views held by the BDS movement are qualified as anti-Semitic by the International Holocaust Remembrance Alliance and adopted by the United States Department of Education’s Office of Civil Rights. In her public statements, Dr. Landa made clear that her Zionism is part and parcel of her Judaism. As Dr. Landa’s efforts and involvement in raising awareness of antisemitism became more public, the conduct of Dr. Landa’s supervisors towards her suddenly and drastically changed for the worse.”
When asked about Landa’s lawsuit, a university spokesperson said that “It is our practice to not comment publicly on pending or ongoing litigation. It is also our practice to not comment on personnel matters. However, over the years, Dr. Landa has brought many allegations into the public domain. I am sharing with you an overview of comments the university made in 2017 that still hold true today.
This faculty member’s claims were reviewed by three university bodies: the Faculty Grievance Hearing Board (a part of the University Senate), the Office of Civil Rights and Sexual Misconduct, and the Provost’s Office. The University determined that any allegations of discrimination were without merit. “We are confident that the university’s policies and procedures ensured a fair and comprehensive review of the allegations of discrimination and that her claims were thoroughly evaluated.”
The spokesperson claimed that  “The University of Maryland has a vibrant Jewish community and robust array of programs with Israeli-based institutions. The Gildenhorn Institute for Israel Studies, one of the premier programs of its kind, and the Meyerhoff Jewish Studies Center support broad-based academic inquiry. We are proud of the support, education and home we provide to one of the largest Jewish student populations in the country.”
In response to the university statement, Landa said The University of Maryland’s statement is offensive. “The presence of the Gildenhorn Institute for Israel Studies and the Meyerhoff Jewish  Studies Center is irrelevant to my case, and making reference to them is like saying, ‘Some of my best friends are Jewish. How can anything I do be  antisemitic?’ My lawsuit is directed specifically at the College of  Education and what they did to me in this particular matter. The University  should focus its comments accordingly.”
She added that “Furthermore, the defense they give is entirely disingenuous. The Faculty Grievance Hearing Board actually recommended that I be placed back in my teaching and research position (after the Ombuds Officer had already told my Department Chair months beforehand to resolve the issue with a compromise). Instead, my Department Chair fired me. And when the University Office of Civil Rights conducted its investigation, it only contacted two of my eight witnesses, hardly a comprehensive or impartial investigation. It is, of course, no wonder that a University would not want to find itself in violation, which is why it is important to remember that the independent United States Equal Employment Opportunity Commission (EEOC) found their excuses for why they fired me pretextual and determined that there was reasonable cause to believe that  the University of Maryland fired me unlawfully, by retaliating against me for complaining about religious discrimination.”
Mark Goldfelder, the attorney for Landa, told the Post that “Dr. Landa was an award-winning professor, extremely popular with students and colleagues, and had no professional problems until she started expressing her Jewish faith more openly. When she did Dr. Landa was subjected to a hostile work environment, discrimination, and retaliatory termination, all because she dared to express her religious beliefs, and protest unlawful treatment. We want the University to make this right and to ensure that Jewish students and faculty at UMD have their rights respected going forward.”
The Post contacted one of the world’s leading experts, Charles Small, on antisemitism within university systems. Small said that “The case of Professor Melissa Landa appears to be another example of the blindspot of institutional antisemitism that is pervasive in higher education. Unlike issues of racism, gendered inequalities and diversity, in which efforts are being made to address inequalities by many universities, there is not an awareness or the basic understanding of the nature or impact of contemporary antisemitism.”
Small, who is the executive director of the Institute for the Study of Global Antisemitism and Policy (ISGAP), added that “As antisemitism surges, particularly on university campuses where Jewish students and faculty function in an increasingly hostile environment, it is time that university administrators and scholars engage in awareness and sensitivity training to begin to address this damaging phenomenon.”

US university faces lawsuit for firing Prof. for pro-Israel activity