Corporations must ban both racism and antiracism 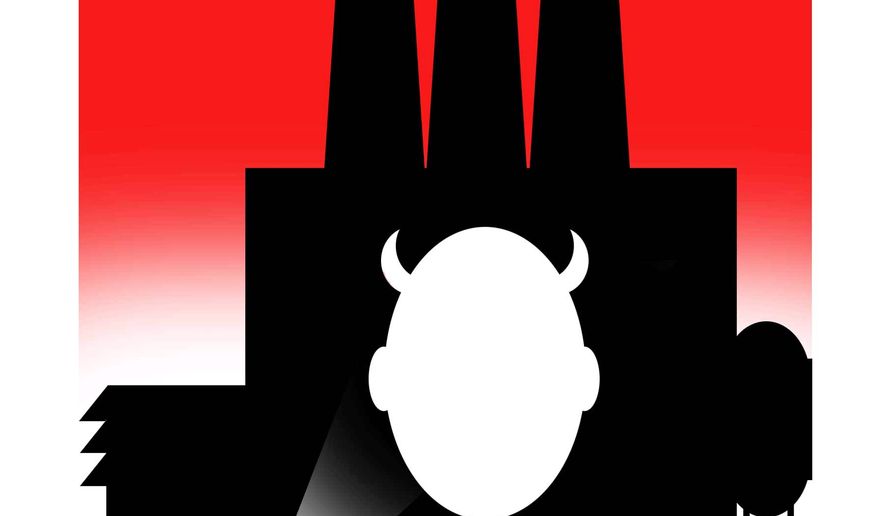 Florida legislation to ban antiracist indoctrination recently passed the House and is now headed to the state senate. It is not alone. Around the country, over 120 bills to ban such practices have been introduced in state legislatures, but most have been aimed at public schools or colleges.

The Florida legislation is unusual in protecting not only public K-20 students but also corporate employees. Other states are considering bills that would target corporations that are government contractors, nonprofits or even beneficiaries of state subsidies or tax exemptions.

It is not surprising that legislators are turning to business. Antiracist trainings are now pervasive in the corporate world. Sometimes derided as “wokeism” or conflated with critical race theory, “antiracism” is a political stance that views capitalism as a form of systemic discrimination perpetrated by white supremacists against people of color.

“Antiracism” is hardly the opposite of racism. The opposite of racist is, quite simply, “not racist.” In a telling remark, antiracist intellectual Ibram X. Kendi argues that the claim of “not racist” neutrality is a “mask for racism.” In fact, the opposite is true. It is the claim of “antiracism” that is the mask for racism. This can be seen in the excesses of corporate antiracism, many unearthed by the Manhattan Institute’s Chris Rufo. The allegations are drearily similar but nevertheless appalling.

American Express trained employees to deconstruct their racial and sexual identities, then ranked themselves on a hierarchy of “privilege.” AT&T taught its workforce that “racism is a uniquely white trait” and that white employees “are the problem.” Coca-Cola trained workers to “be less white,” i.e., “less ignorant,” “less arrogant” and “less oppressive.” CVS told employees that “to be born in [the United States] is to literally have racist ideas rain on our head consistently and constantly.”

Disney taught that white employees must “work through feelings of guilt, shame, and defensiveness to understand what is beneath them and what needs to be healed.” Raytheon urged staff to “identify everyone’s race“ and give “those with marginalized identities … the floor in meetings or on calls, even if it means” other employees must “silence” themselves. Walmart separated workers into racially segregated affinity groups and taught staff that the United States is a “white supremacy culture” in which white people engage in “white supremacy thinking” and “internalized racial superiority.”

Antisemitism is the canary in the coal mine. Last year, Google, which reportedly trained staff to believe that America is a “system of white supremacy,” had to reassign diversity lead Kamau Bobb, for an old blog entry in which he had written, “If I were a Jew I would be concerned about my insatiable appetite for war and killing in defense of myself.”

The problem is not limited to Google. Antiracism depends upon a binary: whiteness versus people of color. In order to preserve this binary, antiracist trainers must diminish or erase the identities of people who don’t fit the narrative, whether supposedly “white adjacent” Asians or “white-passing” Jews. A prime example is Stanford, where Jewish staff have been cajoled by diversity, equity and inclusion staff to join a “whiteness accountability” affinity group, created for “staff who hold privilege via white identity.”

Unsurprisingly, this move has blended seamlessly with antisemitic stereotypes about Jewish power and criminality. As Ruth Wisse has explained, people organize against Jews as part of a political struggle. Antiracism is just such a struggle.

Antiracism training is hardly the only option available to managers who want to combat racism or facilitate diversity and inclusion. Civil rights compliance training teaches how to comply with anti-discrimination laws. Its goal is to prevent unlawful discrimination. Diversity management training teaches how to manage human differences in order to advance organizational goals. Its purpose is to help organizations to advance their missions in light of human resource constraints, such as the difficulties that some managers face in recognizing talent when it appears in workers who look differently than they do.

Some commentators argue that the problem with putting “social justice” above profits is that it will cause businesses to go out of business. The bigger problem is that it will make them forget what such training should accomplish, to wit: eliminating discrimination and facilitating organizational success. The irony is that much of this activity is already illegal.

It violates federal employment law by creating hostile environments, segregating employees by race or treating workers differently based on race. Regardless, businesses should clean up such practices without waiting for regulators, legislators or litigators to force their hands. In order to defeat racism, we must defeat antiracism too. In doing so, we can refocus our attention on combating discrimination and facilitating inclusion.

• Kenneth L. Marcus is founder and chair of The Louis D. Brandeis Center for Human Rights Under Law and author of “The Definition of Anti-Semitism.” He served as the 11th assistant U.S. secretary of education for Civil Rights.

Corporations must ban both racism and antiracism