A group of Jewish parents and teachers claim that a curriculum being shared with L.A. teachers discriminates against Jewish students 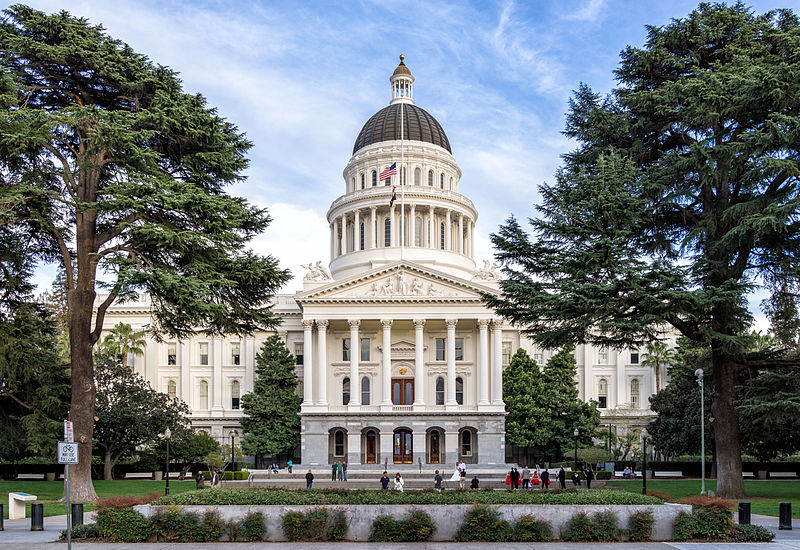 A group of Jewish parents and teachers in Los Angeles is suing the educators behind a public high school curriculum that they allege discriminates against Jews, according to a complaint filed last week in federal court in California.

The unnamed “concerned Jewish parents and teachers” have accused a group of L.A. public school teachers, including the teachers union president, of disseminating a curriculum that discriminates against “American and Middle Eastern-American Jews who embrace their religion’s foundational belief in Zionism,” and that they have sought to do this secretly, in spite of state rules requiring new materials to be presented at public meetings.

“The legal aim is for the people who are educating the teachers about this — and actually now educating also the kids — with the inappropriate material, is for them to stop doing it because it violates the law,” said Lori Lowenthal Marcus, the lead attorney in the suit and the legal director of the Deborah Project, an organization that represents Jewish plaintiffs who believe they were discriminated against in educational settings.

The lawsuit follows a lengthy battle over a proposed statewide ethnic studies curriculum for high school students, early drafts of which included praise for the Boycott, Divestment and Sanctions movement and did not teach about antisemitism. An updated version of the curriculum, which featured significant input from California Jewish leaders, was included in a law signed by Gov. Gavin Newsom in the fall that will require all high school students in the state to take an ethnic studies course.

This state law has not yet gone into effect; instead, the lawsuit takes issue with the teaching of ethnic studies in Los Angeles public schools, which have been required to teach ethnic studies since 2020. The Jewish parents and teachers who brought the suit allege that some educators at L.A. schools are relying upon a curriculum that purposely diverges from the state curriculum because it “does not tell what they believe to be and therefore insist is the truth about, among other things, Israel, Zionism and the Middle East,” according to the complaint.

What’s more, the suit argues, the organization that is asking teachers to use this curriculum — the Liberated Ethnic Studies Model Curriculum Consortium — has urged teachers to keep quiet in communications with parents.

Teachers should try to “fly under the radar” if groups such as the Anti-Defamation League, Jewish Community Relations Council or Jewish Federartion “and/or other Zionist organizations [are] active and likely to create problems,” the complaint said, quoting from materials allegedly given to L.A. teachers. Jewish Insider did not receive a response to a request for comment sent to the Consortium.

Prominent California Jewish organizations are keeping some distance from the suit. David Bocarsly, who directs the Jewish Public Affairs Committee of California, which spearheaded advocacy efforts around the statewide curriculum, declined to comment on the suit but said JPAC will work with “local partner organizations” to ensure that the curriculum is implemented in an “appropriate way.”

“Advocacy, relationship-building, and education have proven most effective thus far, and we are continuing to engage in that way at the district level,” said Bocarsly.

Rabbi Noah Farkas, president and CEO of the Jewish Federation of Greater Los Angeles, also did not comment on the lawsuit, instead offering a broad explanation of the organization’s approach to ethnic studies.

The L.A. federation “has worked tirelessly to ensure that ethnic studies is a strong and healthy part of our schools’ curriculum. We have led a coordinated strategy to ensure that any such curriculum does not include antisemitic or anti-Jewish content and properly includes Jewish narratives,” said Farkas, who added that he will seek to “ensure the Jewish voice is properly reflected, the curriculum remains free of antisemitic content, and lifts up the voices of all diverse communities. Our broad and successful grassroots campaign to uphold and promote the final state-approved Ethnic Studies Model Curriculum will continue as a top priority of our organization and our community.”

The Deborah Project’s partner on the suit is Judicial Watch, a conservative legal advocacy group that is known for going after Democratic politicians and policies in Democrat-run states.

“As soon as some people see Judicial Watch, their eyes are going to close, their minds will shut and that will be the end of the discussion,” said Marc Stern, chief legal officer at the American Jewish Committee.

Still, Stern added, “the allegations in this complaint ring true, and it’s very disturbing, both because of the substance of what’s being taught — which is reason enough to support this lawsuit — but in addition, because it it represents the view that the democratic process  doesn’t bind us, because ‘we’ know what’s right.”

Teachers are not required to teach the exact curriculum approved last year by the state’s board of education, but Stern argued that they should at least take it into account when crafting ethnic studies lessons.

“It was an above-board process. They got to put in their views, we and other opponents put in our views. We did pretty well in that process. Doesn’t matter,” he said, referring to AJC’s participation in advocacy efforts to create a more inclusive ethnic studies curriculum. “They’re insinuating themselves into school district after school district to further their very narrow, highly ideological indoctrination of students.”

A group of Jewish parents and teachers claim that a curriculum being shared with L.A. teachers discriminates against Jewish students