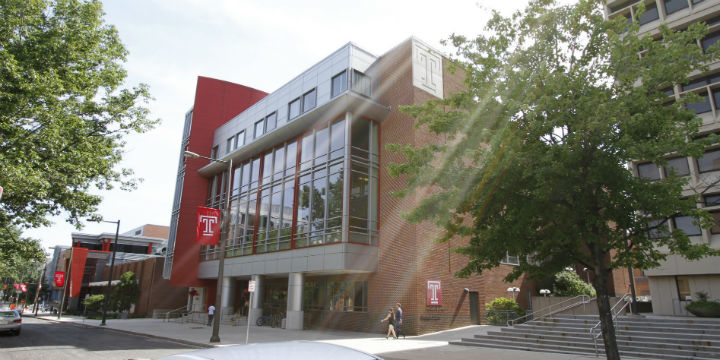 On Tuesday, the Stockton University Holocaust and Genocide Studies program, Temple University’s Feinstein Center for American Jewish History, and Congregation Rodeph Shalom in Philadelphia hosted a webinar on the weaponization of antisemitism.

The event quickly transformed into a forum for the propagation of antisemitic tropes and myths.

In recent years, Jews have faced intensifying hate on college campuses, including physical intimidation and assaults, public shaming, death threats, sexual harassment on social media, and the vandalizing of dorms, fraternities, and Hillels. In response, they have begun lobbying their student governments to adopt the widely-accepted International Holocaust Remembrance Alliance (IHRA) working definition of antisemitism, which recognizes that harassment and discrimination against Zionist Jews can be a form of antisemitism.

However, the two panelists at the Tuesday event — General Secretary of the American Friends Service Committee, Joyce Ajlouny, and Director of the Bard Center for Study of Hate, Ken Stern — framed these efforts as an attack on Palestinian rights activists.

Ajlouny is also the former director of the Ramallah Friends School; that school’s summer programs introduced American youth to members of the terrorist group, the Popular Front for the Liberation of Palestine.

When considering recent claims of antisemitism, Ajlouny began by saying, “I’m reminded of the boy who cried wolf.”

She advanced a quasi-conspiracy theory about the formulation and adoption of the IHRA definition, referring to it as “a plot” carried out by Israel-connected advocacy groups that act like “a well-oiled machine.”

She argued passionately that the IHRA definition unfairly castigates her as an antisemite for claiming, as she did, that Israel is a “settler colonial” enterprise that has ethnically cleansed and massacred Palestinians and instituted “an Apartheid system.”

Although Israel is a democratic state that grants equal rights to all its citizens, the apartheid myth demonizes the Jewish state.

The “settler colonial” allegation denies that Jews have maintained an indigenous presence in the land for over 3,000 years, and portrays Jews as “foreigners” who served as opportunistic vassals and perpetrators of Western imperialism.

Yet neither Stern nor the moderator, Feinstein Center Director Lila Corwin Berman, challenged Ajlouny’s assertions, and even at times nodded their heads sympathetically.

Moderator Berman then jumped in to support Ajlouny’s denial of the connection between Jews and Israel, by pointing to what she portrayed as the fanciful machinations of a small group of white, wealthy, male Jews at a Zionist congress in 1903, who discussed locating the Jewish homeland elsewhere.

However, the event’s most disturbing moment came when Stern and Ajlouny began to deliberate on what doesn’t constitute antisemitic harassment and discrimination against young Jews on campus.

As part of an “anti-normalization” campaign, for example, Jewish students have been asked to leave events and organizations run by progressive groups that ally with Students for Justice in Palestine (SJP).

Ajlouny and Stern decided that this should not be considered antisemitic, with Ajlouny arguing that “groups have [a] right to say who comes into their group.”

She also explained that the Boycott, Divestment, and Sanctions (BDS) campaign is vital for peace. Stern said that if he were 40 or 50 years younger, he would have joined IfNotNow, an anti-Israel activist group, whose radical members have even vandalized Hillel displays.

Berman ended by thanking Ajlouny and Stern for sharing their wisdom.

In theory, Congregation Rodeph Shalom should aspire to work toward a better and safer world for young Jews. In theory, the Feinstein Center should provide an accurate account of Jewish history. And in theory, the Stockton University’s Holocaust and Genocide Studies program should provide education on the Holocaust so that we might prevent another.

In practice, these institutions trampled on the missions they have been given, as their leaders used their positions of privilege and power to forsake our Jewish youth.

Naomi Friedman is the founder of Stop BDS on Campus, a grassroots social-media-based movement that counters all forms of antisemitism.