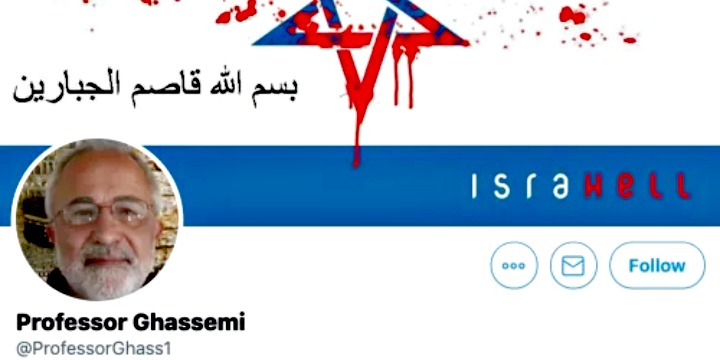 Abbas Ghassemi, a chemical engineering professor at the University of California Merced, will not be teaching in the spring semester at the school, after outrage last month over his antisemitic social media posts, the Merced Sun-Star reported Friday.

The Twitter posts, exposed in Dec. 2020 by the Jewish News of Northern California, led to calls for Ghassemi’s firing and prompted an inquiry by the school, which has not yet commented on his employment status.

One post, on Dec. 13, read, “the Zionists and IsraHell interest have embedded themselves in every component of the American system, media, banking, policy, commerce … just a veneer of serving US interest and population — everyone pretends that is the case.”

Another included an image of a “Zionist brain” with labels such as “frontal money lobe,” “Holocaust memory centre,” “self-pity gland” and “world domination lobe.”

“The opinions presented in this Twitter account do not represent UC Merced or the University of California,” said a Dec. 29 statement from Chancellor Juan Sánchez Muñoz and Executive Vice Chancellor and Provost Gregg A. Camfield. “They were abhorrent and repugnant to us and to many of our colleagues and neighbors; they were harmful to our university, our students, and our years of work to build an inclusive and welcoming community.”

The statement also promised that the school would develop programming for the upcoming semester on antisemitism, free speech and hate speech.