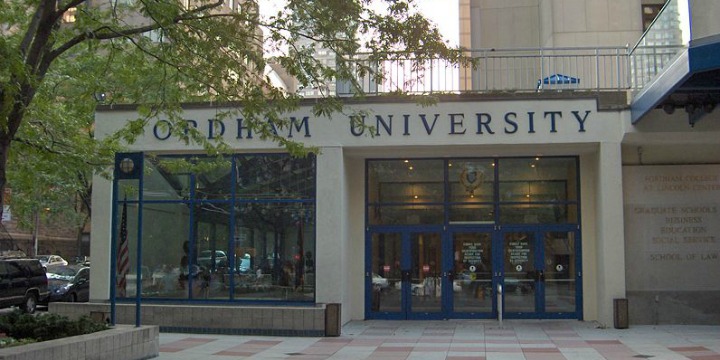 Students at Fordham University are appealing a December court ruling that allowed the school to ban the anti-Zionist group Students for Justice in Palestine (SJP) on campus — seeking to take the case to the highest court in New York.

“We believe in the students’ right to organize for Palestinian rights and will support them every step of the way,” said Radhika Sainath, senior staff attorney at Palestine Legal, which petitioned the New York Court of Appeals on Friday along with other groups.

In 2015, Fordham’s SJP chapter was denied recognition after Dean of Students Keith Eldredge said he could not  “support an organization whose sole purpose is advocating political goals of a specific group, and against a specific country, when these goals clearly conflict with and run contrary to the mission and values of the University.”

At the time, Eldredge cited SJP’s support for the for Boycott, Divestment and Sanctions movement as antithetical to the university’s values.

In Dec. 2020, the Supreme Court of New York’s appellate division overturned a 2019 ruling that would have granted recognition to the campus group. While the 2020 decision turned on a technical issue of standing, the judge said that even if the court had reached the merits of the students’ claims, it would have allowed Fordham to ban the group.

The university was not unreasonable, the judge wrote, in concluding that “that the proposed club, which would have been affiliated with a national organization reported to have engaged in disruptive and coercive actions on other campuses, would work against, rather than enhance, respondent’s commitment open dialogue and mutual learning and understanding.”