Sounding a lot like a classical medieval Jew-hater, the former Pink Floyd frontman takes the stage in London and amps up the bigotry 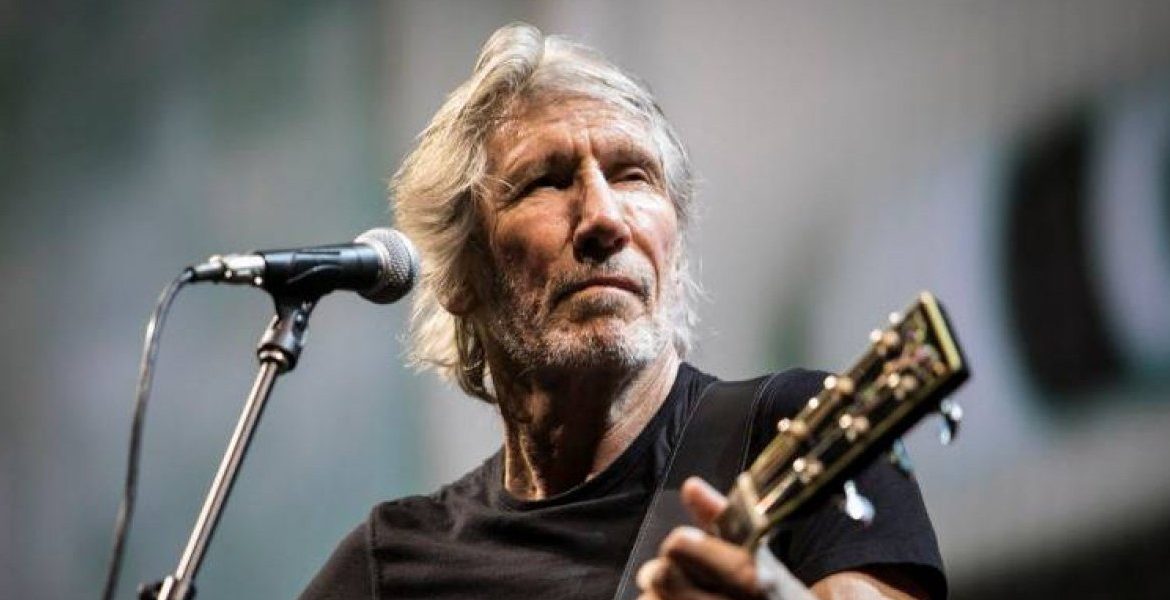 Look, I write for a Jewish publication. About Jews. All day. Every day. Which means it takes a lot to move me, especially when it comes to the never-ending torrent of bigoted drivel produced by Israel’s shrillest detractors. But this week, Roger Waters proved he still has the stuff, producing a masterpiece of hate that deserves a moment of consideration.

In his show in London’s Hyde Park last week, the former Pink Floyd frontman amused his fans by displaying political slogans on the Jumbotrons. They were precisely the sort of piffle you’d expect a muddle-minded rock star to hurl at his fans: “Resist the Military Industrial Complex!,” say, or “Resist Rattling Your Sabre at Iran.” That, for those keeping score at home, would be the same Iran that had just arrested a teenager for posting videos of herself dancing on Instagram, but let’s not spoil Waters’ fun. He has every right to dress up as the world’s oldest woke millennial, and his fans have every right to gobble up the pretentious bullshit he sells them for hundreds of dollars a ticket. But midway through the show, Waters veered from the ridiculous into the truly heinous.

“Resist Israeli anti-Semitism,” read one of his signs.

What to make of this missive? It’s certainly not surprising, coming from a vocal champion of the BDS movement whose public statements were deemed sufficiently anti-Semitic by German broadcasters to cancel his concert in that country last year. But Waters’ latest statement represents a departure, even for a practiced bigot like him. In his latest iteration, the problem isn’t just that the Israeli government is guilty of objectionable policies. It isn’t the occupation, or violence against Palestinians, or any of the other items that Israel’s critics tick off when enumerating its sins. In Waters’ imagination, the problem is that the world’s only Jewish state is guilty of Jew-hatred.

It’s not only an idiotic statement, but an astonishingly pernicious one as well. It begins with Waters appointing himself the arbiter of what passes for anti-Jewish persecution, which is the sort of wildly offensive pretense any moderately liberal person would dismiss as unacceptable. And it continues with the rock star searching for evidence of anti-Jewish bigotry and finding it in the only place in the world where Jews are fully responsible for their own collective destiny.

Blaming the Jews for their own misfortune, of course, isn’t a new trick. It’s been a seminal feature of anti-Semitic rhetoric for millennia, and it served well squadrons of hissing haters who argued that if so many people want to exterminate the Jews, well, it must be for some good reason. But the modern incarnation of this ancient hatred is particularly grotesque: Speaking the hollowed-out language of the regressive left, Waters not only blames the Jews for their own troubles, but does so while claiming to be a champion of human rights. He’s telling his fans that it’s very important to take anti-Semitism seriously, and then adding that the only way to do it is to target the Jews.

You could dismiss it all as the rantings of a pompous rock star. Or you could argue that an artist whose tour ranked in the top-10 grossing acts last year, and who played for 734,000 Americans in 63 cities, earning $89 million, should suffer some consequence for sounding like a grotesque modern take on Torquemada. In an age when entertainers can lose their livelihood for one gauche tweet, you can only wonder why no one seems too eager to censor this singing anti-Semite.

Liel Leibovitz is a senior writer for Tablet Magazine.

Sounding a lot like a classical medieval Jew-hater, the former Pink Floyd frontman takes the stage in London and amps up the bigotry