Review of 2021: The year anti-Zionism came out of the closet in Britain

The phenomenon of antisemitism was more apparent than ever 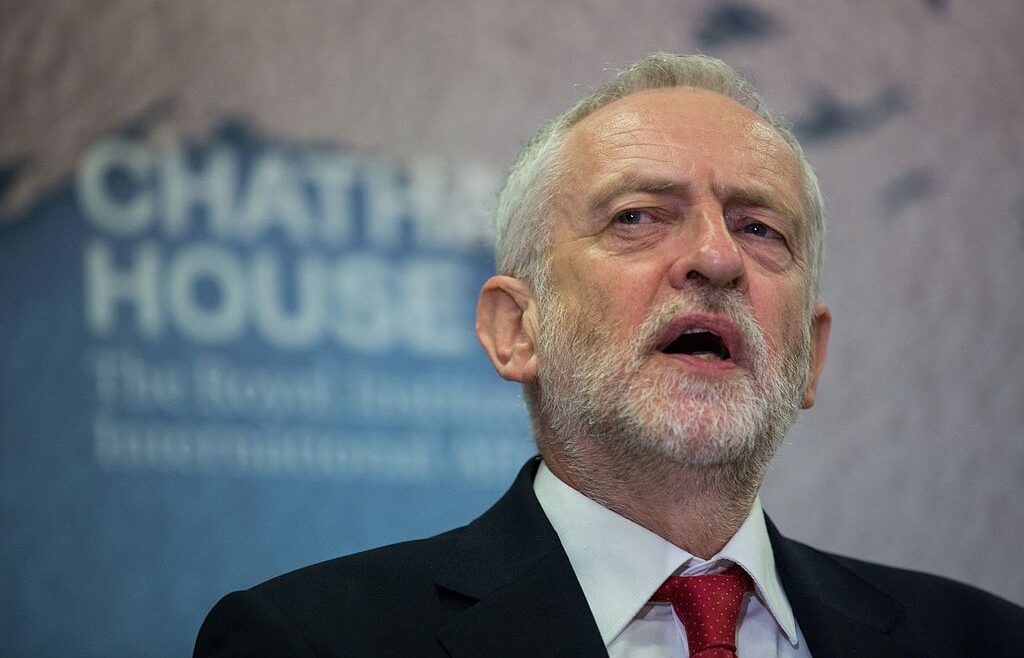 One of the legacies of Jeremy Corbyn’s time as Labour leader is that antisemitism has become an issue of national interest and generates huge media attention.

This year, that phenomenon was more apparent than ever before.

When the Royal Court Theatre gave a Jewish-sounding name to a villainous character in a new play, it sparked a series of apologies and a row about portrayals of Jews in the theatre that is still rumbling on several weeks later.

When the cricketer Azeem Rafiq — who was already in the news for exposing the racist abuse he faced at Yorkshire Cricket Club — was revealed to have made a few antisemitic comments on Facebook a decade ago, it led to two days’ worth of media coverage and live debates on BBC Newsnight and Sky News.

David Baddiel, probably Britain’s best-known Jew, spent much of 2021 touring the UK with a live show about social media trolls, a significant portion of which is devoted to discussing the antisemitism that he encounters online.

Meanwhile, Mr Baddiel’s Jews Don’t Count, which discusses the place that Jews and antisemitism hold (or rather, don’t hold) in progressive attitudes to race and racism — which you might think is a rather niche subject — was chosen as the Sunday Times book of the year for 2021.

Television shows such as Ridley Road, Vienna Blood, Paris Police 1900 and Stacey Dooley Stays Over have all tackled antisemitism in different ways, as have plays such as Leopoldstadt, Indecent and Love and Other Acts of Violence.

There are many other examples. Unlike France, for example, Britain is not historically a country where the status and treatment of Jews has played a significant role in our national identity and sense of ourselves as a country.

There are large parts of the UK where few people have any meaningful interaction with Jews in their day-to-day life. But the way that antisemitism has become a political and social signifier suggests that something has shifted.

There has certainly been plenty of antisemitism to discuss in 2021. This year provided the latest reminder that academic distinctions between anti-Zionism and antisemitism don’t count for much when some people show their support for Palestinians by driving through Jewish neighbourhoods in London, Manchester, Glasgow, Leeds and all points in between, waving Palestinian flags and shouting abuse at anyone on the streets who looks Jewish.

Antisemitic hate crimes peaked during the conflict in Israel and Gaza in May, as they always do when fighting between Israel and Hamas intensifies.

This overt antisemitism was framed by an atmosphere of angry protests all over the country, at which swastika placards and calls for jihad were interspersed with chants of “From the River to the Sea, Palestine will be free”.

We are told, as ever, that this is just opposition to Israel; but the correlation between fervent anti-Israel activism of the kind we saw in May, and the simultaneous rise in antisemitic hate crimes, is hard to ignore.

At the very least, this swirl of antisemitism, anti-Zionism, anti-Israel activism and the elevation of the Palestinian cause as emblematic of global oppression is without parallel, and the onus is on those who are swept up in it to explain why this conflict in particular stirs up such profound emotions.

There has been no comparable surge in hate crimes against Saudis because of the war in Yemen, or against Chinese people because of that country’s treatment of Uyghur Muslims.
As I write this, Russian troops are massing on the borders of Ukraine but there are no mass protests in our streets against the prospect of another war in Europe, just as there were none when Russia occupied Crimea.

There is a unique — and uniquely emotional — quality to the way in which parts of the left and some in our Muslim communities relate to Israel, and it stretches credulity to argue that the fact Israel is a Jewish state has absolutely nothing to do with it.

One person who has been accused of blurring the distinction between the Jewish community and Israel is Professor David Miller, who was finally sacked by Bristol University in October after almost three years of complaints about his controversial pronouncements.

Not content with teaching his sociology students theories about the “transnational Zionist movement”, he started accusing Jewish students at his own university of being “pawns” that were “directed by Israel” as part of a global Israeli campaign to destroy free speech and democracy.

This was too much for the university, but it took months of courageous campaigning by Bristol Jewish Society and the Union of Jewish Students to ensure that it took action.

Since his sacking, Prof Miller has outdone himself: he now claims that the Jewish diaspora is just a cover for a network of pro-Israel organisations aiming “to colonise every single public institution” in the country, while Britain’s entire anti-racist movement has been “contaminated” by contact with “Zionism”.

Prof Miller is the type who spends a lifetime obsessively researching Jews, or perhaps “Zionists”, but appears to learn little about Jewish life and the Jewish experience in the process.

Prof Miller may have been pilloried by many in the Jewish community, but even he has standards: you wouldn’t catch him wandering around central London wearing a yellow star or braying about a “vaccine Holocaust”.

That kind of obnoxious behaviour is found on the regular protests against Covid-19 vaccines and government lockdown measures that have attracted large numbers this year.

The choice by some of these demonstrators to hijack the symbols of the Holocaust shows the grip that Nazism still has on the popular imagination as the ultimate expression of totalitarian oppression.

One of the best-known practitioners of this form of Holocaust manipulation is Piers Corbyn, who was arrested in February for allegedly distributing leaflets with a picture of the entrance to Auschwitz, in which the Arbeit Macht Frei sign over the camp gates had been replaced with the slogan: “Vaccines are safe path to freedom”.

Prior to the pandemic, Mr Corbyn was a regular attendee of meetings of the “Keep Talking” conspiracy network alongside Holocaust deniers and other antisemitic conspiracy theorists, so it was a particularly cynical move on his part to use the Holocaust as the vehicle for the promotion of his own cranky views about vaccines.

But this phenomenon of people abusing the symbols and memory of the Holocaust for their own political cause, while campaigning alongside others who deny it even happened, is typical of the new conspiracist movement that has emerged during the pandemic, where far-right, far-left, new-age and other fringe ideologies have blended into a conspiracy soup in which antisemitism is often the spice of choice.

Piers Corbyn’s brother Jeremy spent 2021 as an independent MP, having lost the Labour whip because of his equivocal response to the Equality and Human Rights Commission report into Labour Party antisemitism.

He remains the great hope of the far-left, but each passing month sees fewer of his supporters remaining in the Labour Party.

Many have been expelled, whether for antisemitism or other rule breaches, and thousands more have seen which way the wind is blowing and quietly departed of their own accord.

In July, the Labour Party banned three different far left factions, and in September its national conference adopted new rules designed to implement the recommendations of the EHRC report.

There are still antisemites in Labour, of course – there are in all political parties – but they no longer get implicit encouragement from their leader and they are much more likely to be kicked out.

There is once again little difference between the mainstream party leaderships when it comes to condemning antisemitism and supporting the Jewish community. You may think this is the minimum we should expect, but we should know by now not to take it for granted.
Labour may have moved on, but other major institutions have found that mishandling allegations of antisemitism can draw intense fire.

In December, the BBC found itself heavily criticised for its coverage of a vile incident in which Charedi teenagers were surrounded by a spitting, abusive gang on Oxford Street.

The dispute over the coverage was serious enough to merit a meeting between the BBC Director General and the President of the Board of Deputies.

What, then, can we expect from 2022? Antisemitism may have been pushed back to the margins of mainstream politics, but it finds a much more hospitable environment in academia.

There are a lot of academics in British universities who share Prof Miller’s views, even if they wouldn’t express them so crudely. This intellectualised antisemitism is one part of a pincer on campus, with the other found in the wave of anti-Jewish suspicion and hostility that hit Jewish students (and secondary school pupils) in May.

Young people are supposed to be less racist than their elders: the combination of virtue-signalling anti-Zionism and a greater propensity to accept conspiracy theories, all driven by social media, suggests that antisemitism may be an exception.

Whatever challenges we face next year, we should confront them with unity. Nobody wins if antisemitism becomes a culture-war cudgel, either in the Jewish community or in wider society.

And let’s remember: as antisemitism in this country has increased, so our allies and supporters have multiplied. And that is something we can definitely welcome.

Dave Rich is Head of Policy at the Community Security Trust

Review of 2021: The year anti-Zionism came out of the closet in Britain

The phenomenon of antisemitism was more apparent than ever