As antisemitism sweeps across UK campuses, this is what it’s really like being a Jewish student right now

Most of the antisemitism I have encountered hasn’t been from my fellow students, but from my teachers. 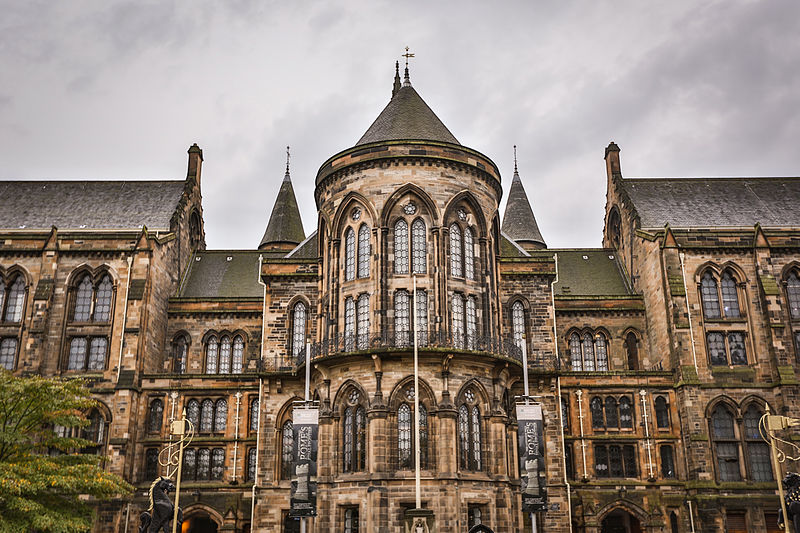 Antisemitism on UK university campuses have reached “record” levels, with an academic accused this month of “smearing” a Jewish student.

Senior education lecturer Dr Muir Houston has been found to be in breach of Glasgow University’s policy against antisemitism after calling the student a part of “the Lobby” and claiming that Jewish Labour MP Louise Ellman was working at the “behest of a foreign power”.

When I started at university I was, like all students, looking forward to years of making friends, engaging in academic discourse and expanding my horizons.

It quickly became clear I was the first Jewish person many of my new friends had ever encountered. There were lots of comments about the size of my nose – mainly people expressing surprise that it wasn’t “even that big”. I tried to laugh it off at first.

Although I had grown up in a Jewish bubble in East London, I knew what antisemitism was. I’d been spat on because I went to a Jewish school, and much of the Polish side of my family were killed in the Holocaust. My grandfather’s family had escaped Russian pogroms only to be thrown out of Egypt because they were Jews.
Attempting not to take “jokes” about my ethnicity seriously became more difficult as the 2019 General Election drew closer. Like a lot of Jewish people, I was upset about antisemitism in the Labour party. People started saying nasty comments when I would bring this up – or say, “you might think Corbyn is an antisemite but he’s such a brilliant and good man”.
I felt isolated and surrounded by people who couldn’t care less about listening to another perspective, and it became frightening. I lost many of my new friends on campus very early because of antisemitism. When I wrote about this on Twitter, saying I was frightened to even go on campus, a person on my course wrote a sarcastic tweet telling me that maybe I should get myself an “experienced and armed” bodyguard paid for by Israel. It felt threatening.

Horrible as this was, most of the antisemitism I have encountered on campus hasn’t been from my fellow students, but from my teachers.

My course is international politics but a big focus appears to be on Israel. Like many Jewish people, for me Zionism – a belief that there should be a safe state for Jewish people in our ancestral homeland – is part of my identity.

HORRIBLE AS THIS WAS, MOST OF THE ANTISEMITISM I HAVE ENCOUNTERED ON CAMPUS HASN’T BEEN FROM MY FELLOW STUDENTS, BUT FROM MY TEACHERS.

But on my university syllabus, Israel is highlighted as the worst state imaginable, with old antisemitic tropes about Jews being bloodthirsty being taught to me and my peers. The material for one course, which came out after the George Floyd murder, blamed Israel for teaching American cops how to kill Black and brown people.

Another said the use of tear gas in America ‘had been tested on Palestinians and deployed on Black and brown bodies by the United States’.  Astonishingly this meant the racism of police in one country – America – was blamed on the Jews, even though American police racism predates the existence of Israel.

This all seemed designed to paint Jews as the abusers of other minorities.

I did not expect to take on the mantle of “the Israel defender” on campus, but I don’t feel I have a choice; I had to stand up against this even though I feared it could impact my grades. Sometimes I am mocked and laughed at in class, while my teachers just sit there, but someone has to provide an alternative point of view to what is being taught. On campus I am now known as “the Jew”.

When I spoke to my tutor and the university officials about the antisemitism, I hoped for a fair hearing. Instead, they told me what I knew to be antisemitism wasn’t actually antisemitism. They also told me to stop writing about it on Twitter because that was making trouble.

Universities like mine seem to think that raising the issue of antisemitism is actually more problematic than the antisemitism itself. It is only after I kept raising these issues that they agreed to ensure staff had training on how to spot antisemitism.

I know I am not alone in having to deal with this on British university campuses. One Jewish student in Glasgow says they were called a “dirty Jew” and told to “go and gas yourself”. At the University of Bristol, until recently, a professor was teaching that Jewish students were pawns of Israel and were deliberately stirring up Islamaphobia. He lost his job only after his case was brought up in Parliament.

ONE JEWISH STUDENT IN GLASGOW SAYS THEY WERE CALLED A “DIRTY JEW” AND TOLD TO “GO AND GAS YOURSELF”.

Last month I spoke at a conference in Poland for the European Jewish Association, which is drawing together testimony from Jewish students from around Europe; antisemitism is a huge and growing problem all over the continent.

Some of the stories they uncovered include one student in Holland involving police because she’d had death threats and her university asked her, “don’t you think you deserve it?” She ended up leaving. Another student in Holland was told that Jews spread Covid. While a guy studying in Barcelona talked at the conference about how all his friends applauded antisemitic things on social media.

As weird as it sounds, hearing about all this hatred of Jews on other campuses was scary but it was also reassuring. I didn’t feel so alone; it highlighted the fact that my experience wasn’t unusual or even the worst case.

The UK’s Education Secretary Nadhim Zahawi was among other politicians at the conference I spoke at, and he vowed that he would listen and offered to meet with me. Last week, he followed through on his promise and we met to discuss antisemitism on university campuses, and the importance of creating initiatives to combat it. Zahawi has pledged to meet and work with UK Lawyers for Israel – an independent association of lawyers who are the forefront of tackling this issue – to gain further insight and advice.

This is a problem that needs to be properly looked at. Universities need to take antisemitism on their campuses seriously, instead of looking the other way or even blaming the Jew.

We are living in a time when minorities are rising up and asking that racism against them is taken seriously. I hope that one day universities will understand that means antisemitism too, so that we are the last generation of Jewish students who have to go through this.

A University of London spokesperson said:

“We are deeply saddened to learn of any distress among students and staff who are members of our community. While we cannot comment on individual cases, the University of London is wholly against antisemitism and discrimination in all forms. Enshrined in our policies is that we will not discriminate against any person on the grounds of race, nationality, ethnic origin, gender, sexual orientation, marital status, disability, age, religion, social background, or political belief.

“Course reading lists are drawn from internationally recognised academic texts and peer-reviewed publications. Students are expected to engage critically in debates, drawing on evidence, in order to understand and analyse opposing arguments and to question the perspectives presented.

“We expect every member of our community to respect these values, to embrace the diversity of our international community and to show respect to everyone within it.

“We treat all complaints seriously and always fully investigate any formal complaints made to us by our students or staff.

“We always act to protect all members of our community – and any such action will always be on the basis of clear and actionable evidence.”

“In no way does the University of Glasgow find racism or racial discrimination acceptable. The University is committed to promoting equality and diversity across its community and campus.

“A student lodged a formal complaint against a member of staff regarding comments made on social media. The complaint has been upheld and action is ongoing.  We are unable to comment further at this time.”

“I stand by my evidence-based comments and I will be challenging this decision, all the way to an employment tribunal if necessary.”

A University of Bristol statement read:

“We have a duty of care to all students and the wider university community, in addition to a need to apply our own codes of conduct consistently and with integrity.

“Balancing those important considerations, and after careful deliberation…the university has concluded that Prof Miller’s employment should be terminated with immediate effect.”

As antisemitism sweeps across UK campuses, this is what it’s really like being a Jewish student right now

Most of the antisemitism I have encountered hasn’t been from my fellow students, but from my teachers.