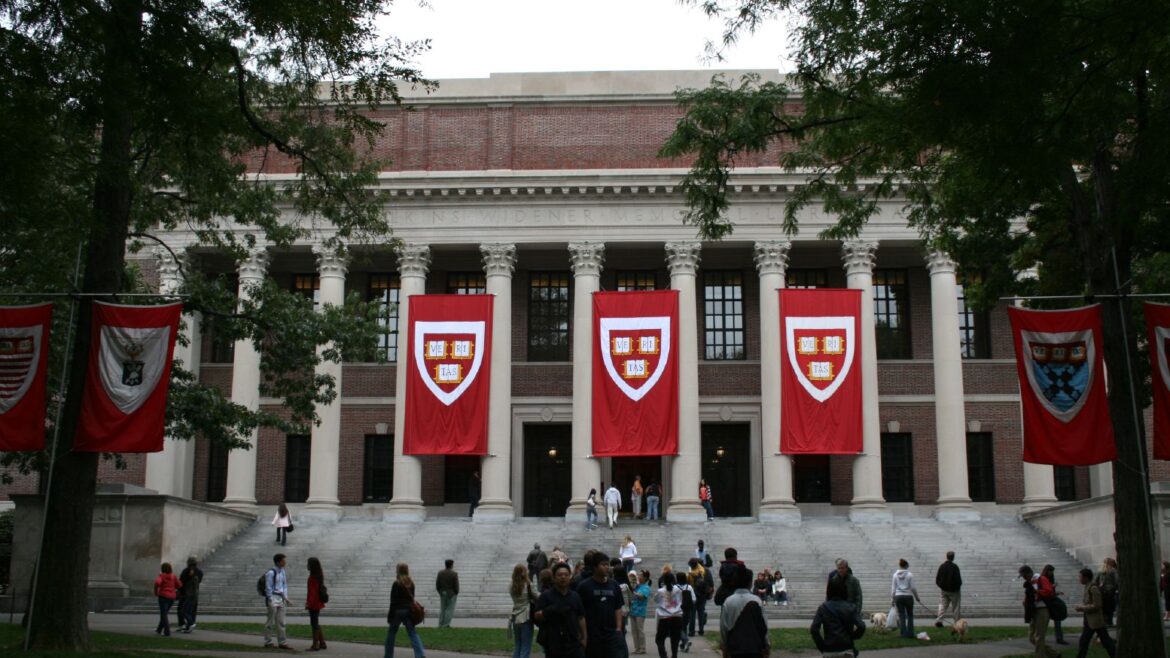 Virtually all of college newspaper The Harvard Crimson’s coverage of Israel is negatively biased, according to an analysis by Campus Reform, a college news daily founded by the Leadership Institute to counter what it calls “liberal bias and abuse on the nation’s college campuses.”

On Tuesday, the outlet said it had assessed 44 articles published about Israel by the Harvard University newspaper between April 16, 2018 and May 11, 2022, finding that 92 percent of news articles and 58 percent of op-eds malign the Jewish state, with a further 47 percent endorsing the analogy between Israel and the former apartheid regime in South Africa.

Its report also noted that the Crimson Editorial Board recently endorsed the boycott, sanctions, divestment (BDS) movement, a decision that prompted 155 Harvard University faculty to issue a letter denouncing it for “creating spaces where Jewish and Zionist students are targeted and made to feel unwelcome.”

On Tuesday, university and nonprofit leaders told The Algemeiner that the anti-Israel bias betrayed by the Crimson is cause for concern.

“The issue with anti-Israel and antisemitic bias on college campuses is very real and very troubling,” former Harvard University president and US Treasury Secretary Larry Summers said. “I wish that university leaders were quicker to condemn problematic episodes of antisemitism in the same way they condemn other racist speech and acts.”

“Students themselves enforce hostility towards Israel,” said Alex Joffe, who monitors BDS for Scholars for Peace in the Middle East (SPME), an NGO. Joffe cited as an example an incident at the University of Chicago in which the editors of the Maroon deleted a pro-Israel essay and republished it with a disclaimer and rebuttal.

“Sometimes, past expressions of pro-Israel sentiment are enough for editors to disappear or edit a piece,” Joffe continued, noting that “those who participate in campus media quickly learn that Israel-hating activists inside and outside the organization demand a certain baseline of hostility.”

Jesse Fried, Dane Professor of Law at Harvard Law School, said that Campus Reform’s methodology “was unknown to me,” but added: “The Crimson’s endorsement of the BDS movement, which openly calls for the destruction of Israel as a Jewish state, is deeply worrying.”

Fried said the backing for BDS “indicates that Crimson editors either are ignorant about or dislike the Jewish people, making negative bias in the paper’s coverage of Israel more likely.”

One Crimson essay included in Campus Reform’s analysis, “Boycott Israeli Apartheid: If Not Now, When?” by doctoral student Lucas M. Koerner, equated the Holocaust and pogroms of Jews in imperial Russia with the military action taken by Israel in response to Hamas attacks in May 2021. It called for an academic boycott of Israeli scholars and universities, taking aim at Harvard’s partnership with the Wexner Foundation, which awards fellowships for study at the Kennedy School of Government to Israeli leaders.

“Harvard must sever ties with the Wexner Foundation, in addition to ending all research agreements and study abroad programs with Israeli universities in like with Palestinian civil society’s call for an international academic boycott,” Koerner demanded.

Most recently, on June 9, the Crimson published an essay by BDS cofounder Omar Barghouti that claimed to oppose antisemitism while arguing that only a “sell-out Palestinian will ever accept a Jewish state in Palestine.”