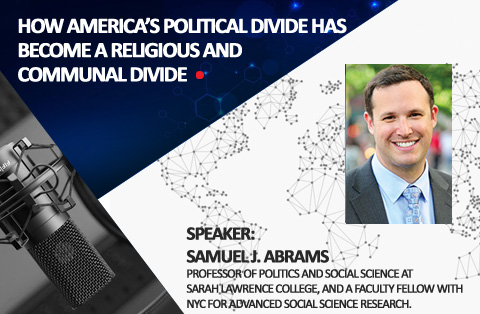 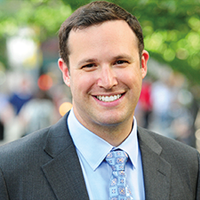 Samuel J. Abrams is a nonresident senior fellow at the American Enterprise Institute, where he focuses on questions of related civic and political culture and American ideologies. He is concurrently a professor of politics and social science at Sarah Lawrence College, and a faculty fellow with New York University’s Center for Advanced Social Science Research.

Dr. Abrams has been widely published in The New York Times, The Washington Post, The American Interest, and The Chronicle of Higher Education, among others. He is the author of several books on a variety of topics including public opinion, Congress, religion and society, and polarization. His scholarly articles have been featured in peer-reviewed journals such as the British Journal of Political Science, The Jewish Journal, and PS: Political Science & Politics. He is presently working on two book projects exploring partisanship, polarization, and society.

Dr. Abrams has an M.A. and Ph.D. from Harvard University and is an alumnus of Harvard University’s Kennedy School of Government Program on Inequality and Social Policy. He received his A.B. in political science and sociology from Stanford University. He sits on the boards of FIRE and the Theodore Roosevelt Presidential Library.