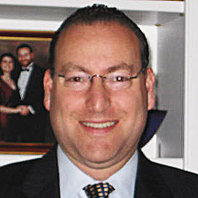 This month, pro-Israel speakers have been seriously heckled, disrupted or canceled at Oxford, Cambridge, UCLA, Irvine and York. On February 1, at York University counter-protesters slapped two Jewish students, one on the face and one in the arm, as 50 counter-protesters yelled anti-Semitic and anti-Israel epithets at the Jewish students who had gathered to raise awareness about Hamas. Two days later, Oxford students greeted Israel’s Deputy Foreign Minister Danny Ayalon with shouts of “Itbah Al-Yahud” (“kill the Jews “). On February 7, the Cambridge University Israel Society canceled a talk by distinguished Israeli historian Benny Morris when protesters accused him of “Islamophobia” and “racism.” Immediately afterwards, Cambridge University’s Islamic Societyinvited a Hamas supporter, who has praised suicide bombing, to give a speech in which he called for the destruction of the Jewish state. The next day, at UCLA School of Law, Palestinian advocates disrupted a lecture by Israeli diplomat Daniel Taub. On that same day, hecklers disrupted a lecture by Israeli Ambassador Michael Oren at the University of California at Irvine.

Some patterns emerge from the frequency and stridency of these incidents. One is the use of “free-speech” rhetoric as both sword and shield in the battle to deligitimize and destroy the Jewish state. I have written before about the selective use of free-speech rhetoric for political purposes during campus clashes over Israel. As Stanley Fish once commented, crying “First Amendment” is the modern equivalent to crying “Wolf!” – especially when it comes to Israel. But speech-rights are not even-handedly invoked during political controversies. “What becomes interesting,” as Catharine MacKinnon observed, “is when the First Amendment frame is invoked and when it is not.” It is not just that double standards are used. Rather, it is that standards are invoked whenever and however they can most effectively silence pro-Israel discourse and facilitate its opposite. The problem, in other words, is not a murky intellectual inconsistency but a transparent political consistency.

Those who oppose anti-Israel speakers are condemned as opponents of academic freedom, freedom of speech, and the First Amendment. Indeed, many prominent academicians say that such advocacy by “defenders of Israel” now “poses a serious threat to institutions of higher education in the United States.” At the same time, those who defend pro-Israel speakers are accused of violating the free speech rights of the protesters who were trying to silence them. In this way, the free-speech rhetoric is used to silence any speech which supports Israel or opposes Israel’s critics. Others have observed that double standards are used. But what is interesting about these standards is not their inconsistency but their consistency. The rhetoric of free speech is used, on campuses around the world, to create an environment in which only opposition to Israel can be heard.

Anti-Israel protesters, who often insist that even their most extreme expressions are protected, can be far less tolerant about speech by others. At Ambassador Oren’s Irvine lecture, one student rose and yelled, “Michael Oren, propagating murder is not an expression of free speech.” This was followed by what the L.A. Times described as “an uproar of cheering and clapping from students sitting around him before he was led away by university police.” Oren’s speech was interrupted by ten similar outbreaks throughout the presentation, each followed by the offending student being led out of the auditiorium into a nearby room for the rest of the speech and then released. Richard Cravatt has commented that these protesters’ motto seems to be “free speech for me, not for thee.” Sadly, the Irvine incident is typical of increasingly widespread practice, concerted efforts to silence, harass and intimidate pro-Israel speakers on university campuses. The fact that Irvine’s administration permitted these arrests is a helpful sign, in light of their abysmal record of addressing the anti-Semitic incidents that have long plagued that campus. (Just last year, one invited Irvine lecturer allegedly raised money for Hamas). The more important question, though, is whether the university will take action against the students. As Samuel Edelman has observed, “universities who do not punish or sanction individuals or groups who abridge the freedom of speech of others … are affirming that the protestors have a veto over who may or may not speak on a campus.”

The irony is that the protesters’ defenders are complaining that Irvine violated free speech rights – not of Oren, whose speech was continuously disrupted – but of the hecklers who tried with intermittent success to silence him. Indeed, some have actually threatened to sue Irvine for half-heartedly defending Oren’s ability to speak. From this perspective, Israel’s supporters violate the First Amendment both when they oppose anti-Israel speakers and when they support pro-Israel speakers. Alan Dershowtz rightly commented that this is a “topsy turvy view of the First Amendment.” After all, this was not the case of a brief, individual, non-recurrent episode, but a coordinated effort to silence Ambassador Oren and to stifle his point of view.

In fact, the real issue is not one of free speech but of civility. Hamas supporters do not have the right to invitations to speak at elite universities. Universities should direct prestigious speaking opportunities only to those lecturers who can uphold basic principles of civility. Regardless of which speakers are invited, however, students do not have a right to heckle them. In response to this month’s incidents, Scholars for Peace in the Middle East has urged university officials to mandate the “Civility Pledge” for all students and faculty: “I will be civil in my public discourse and behavior. I will be respectful of others whether or not I agree with them. I will stand against incivility when I see it.” This may be fine as far as it goes, and it would certainly preclude many of the shaninigans which have recently been seen on college campuses. It is, however, mild medicine for modern campus ailments. At some universities, a blunter “Irvine pledge” may be needed:

If a university, its faculty and its students cannot meet these standards – particularly the first two – they can hardly make a claim for further public support.

Kenneth L. Marcus is Director of the Initiative to Combat Anti-Semitism and Anti-Israelism in America’s Educational Systems. He is a member of the Board of Directors of Scholars for Peace in the middle East.

Kenneth L. Marcus is Founder and Chairman of the Louis D. Brandeis Center for Human Rights Under Law, former Assistant U.S. Secretary of Education for Civil Rights, and author of The Definition of Anti-Semitism (Oxford University Press: 2015) and Jewish Identity and Civil Rights in America (Cambridge University Press: 2010).  On the occasion of his recent transition from public service, the Jewish News Syndicate commented that, “In two short years, Marcus did as much, if not more, to fight anti-Semitism on college campuses as anyone in government has ever done.”

Marcus founded the Brandeis Center in 2011 to combat the resurgence of anti-Semitism in American higher education.  At that time, the Jewish Daily Forward described him as one of “the new faces of Jewish power,” predicting that “if Marcus has any say in it, we may witness a new era of Jewish advocacy.”

During his public service career, Marcus has also served as Staff Director at the United States Commission on Civil Rights and was delegated the authority of Assistant U.S. Secretary of Housing and Urban Development for Fair Housing and Equal Opportunity.  Shortly before his departure from the Civil Rights Commission, the Wall Street Journal observed that “the Commission has rarely been better managed,” and that it “deserves a medal for good governance.” Marcus previously held the Lillie and Nathan Ackerman Chair in Equality and Justice in America at the City University of New York’s Bernard M. Baruch College School of Public Affairs.