Israel must be permitted to crush Hamas 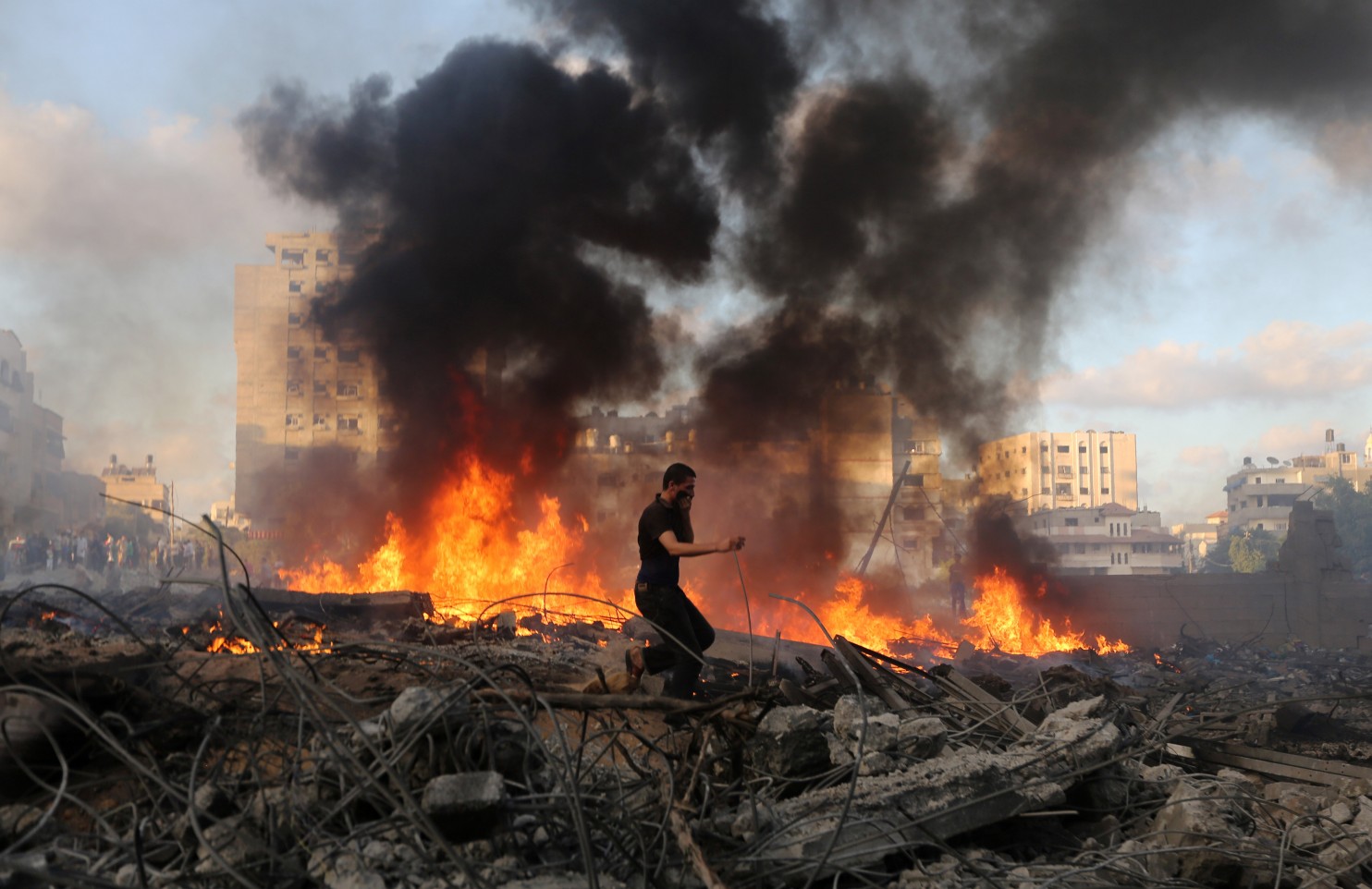 A Palestinian runs in an area damaged in an Israeli airstrike in Gaza City. (Hatem Moussa/AP)

U.N. Secretary General Ban Ki-Moon, Secretary of State John Kerry and the foreign ministers of Great Britain and France all are rushing to achieve a cease-fire between Israel and Hamas. Their motive — to end civilian suffering and restore stability to the area — is noble. The images of the wounded and dead resulting from the conflict are indeed agonizing. However, these senior statesmen can be most helpful now by doing nothing. To preserve the values they cherish and to send an unequivocal message to terrorist organizations and their state sponsors everywhere, Israel must be permitted to crush Hamas in the Gaza Strip.

This is the lesson of previous rounds of fighting between the Israeli Defense Forces and terrorist strongholds. In Lebanon in 2006 and in Gaza in 2008 and again in 2012, Israel responded to rocket attacks on its cities with fierce counteroffensives. Fighting against a deeply dug-in enemy that both blended in with the local population and used it as a shield, Israel’s best efforts to avoid civilian casualties invariably proved limited. Incensed world opinion generated immense pressure on governments to convene the U.N. Security Council and empower human rights organizations to censure Israel and stop the carnage. These measures succeeded where the terrorists’ rockets failed. Israel was compelled to back down.

And the terrorists, though badly mauled, won. Admittedly, their bar for claiming victory was exceptionally low. While Israel must achieve a clear battlefield success to win, the terrorists merely had to survive. But they did more than survive. Under the protection of cease-fires and, in some cases, international peacekeepers, they vastly expanded their arsenals to include more lethal and longer-range missiles. While reestablishing their rule in the streets, they burrowed beneath them to create a warren of bombproof bunkers and assault tunnels. Such measures enabled Hamas, as well asHezbollah, to mount devastating attacks at the time of their choosing, confident that the international community would once again prevent Israel from exacting too heavy a price.

So the cycle continued. Allowed to fight for several weeks, at most, Israel was eventually condemned and hamstrung by cease-fires. The terrorists, by contrast, could emerge from their hideouts and begin to replenish and enhance their stockpiles. That is precisely the pattern established in the second Lebanon War and repeated in Operations Cast Lead and Pillar of Defense in Gaza. Hezbollah and Hamas sustained losses but, rescued and immunized by international diplomacy, they remained in power and became more powerful still. Israel, on the other hand, was forced to defend its right to defend itself. Jihadist organizations no different from the Islamic State and al-Qaeda gained regional legitimacy, while Israel lost it in the world.

The cycle can end, now and decisively. As Operation Protective Edge enters its third week , responsible world leaders can give Israel the time and the leverage it needs to alter Hamas’s calculus. They can let the Israeli army ferret Hamas out of its holes and make it pay a prohibitive cost for its attacks. They can create an outcome in which the organization, even if it remains in Gaza, is defanged and deprived of its heavy arms. Of course, Hamas will resist demilitarization, and more civilians will suffer, but by ending the cycle once and for all thousands of innocent lives will be saved.

Life in Gaza is miserable now, but if Israel is permitted to prevail, circumstances can improve markedly. U.S.- and Canadian-trained security forces of the Palestinian Authority can take over key crossings and patrol Gaza’s porous border with Egypt. Rather than be funneled into Hamas’s war chest, international aid can be transferred directly to the civilian population to repair war damage and stimulate economic growth. Terrorist groups and their state patrons can be put on notice: The game has changed unalterably.

And by letting Israel regain its security with regard to Gaza — with all the pain it entails — the United States and its allies will be safeguarding their own. Though bitter, the fighting between Israel and Hamas raging in Gaza’s alleyways is merely part of the far vaster struggle between rational nations and the al-Qaeda and Islamic State-like forces seeking their destruction. Relative to that global conflict, Operation Protective Edge may seem small, but it is nevertheless pivotal. To ensure that it concludes with a categorical Israeli win is in the world’s fundamental interest. To guarantee peace, this war must be given a chance.

Israel must be permitted to crush Hamas