Stephen Lamonby: Profile of a Victim of the Cancel-Culture 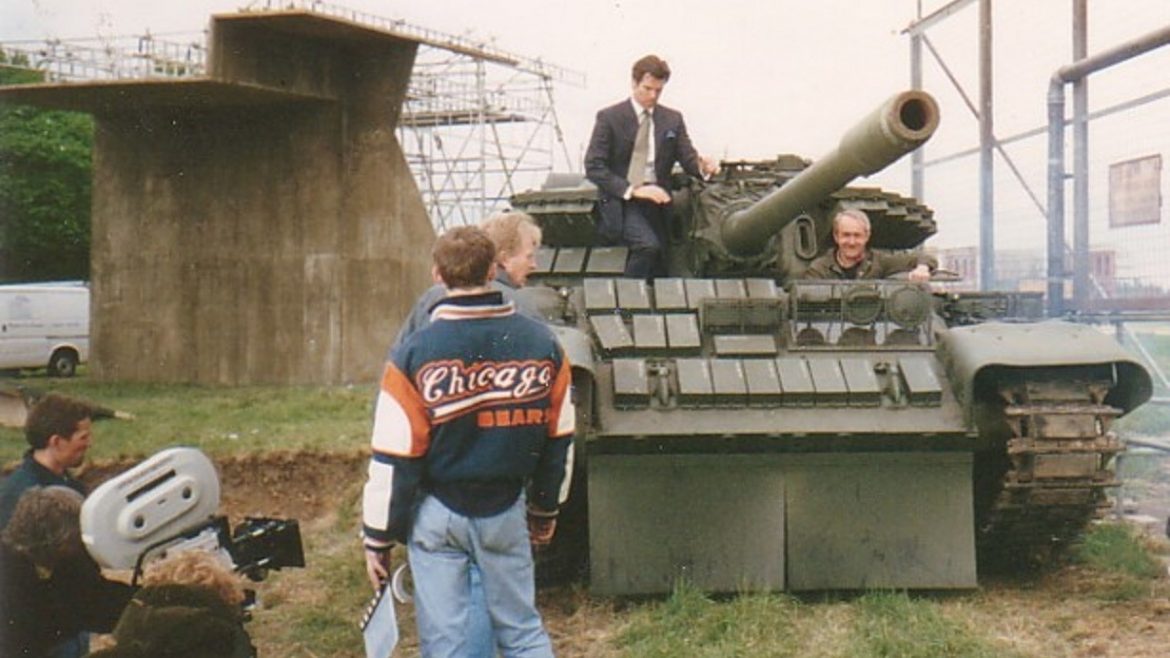 In late March 2019 Stephen Lamonby, 73, a part-time lecturer in engineering at Solent University in the UK, remarked to a colleague at the University restaurant, that people from different countries had become good at certain things owing to what he called “high exposure.” It was the type of casual banter and topical exploration co-workers in any line of work may engage in on a regular basis.

Or so Mr. Lamonby believed.

His interlocutor, however, was Dr Janet Bonar, an American physicist newly appointed to run the department. The rest of the conversation revolved around differences in performance among various groups.  Lamonby placed significant emphasis on culture (i.e. the social environment in which the children grow up). It culminated with Lamonby’s waxing eloquent on the particular gift of the Jews, their accomplishments, the hostility that provokes, and, noting the prominence of Jews in physics, asked Dr. Bonar if she might be Jewish.

It is probably worth noting that Lamonby is by reputation a dedicated teacher, works especially hard with black male students who grew up with an “environmental exposure” that does not prepare them to work effectively in academia. He has volunteered his time in several African countries. His specialty is ‘special effects’ in movies. For example, in Spielberg’s ‘Saving Private Ryan’ his company was responsible for on set coordination, supply and construction of all military, vehicles, artillery and tanks. They did the design and construction of the special ‘Tiger’ tanks. He taught these techniques at Solent but he realized that not all his students would be able to make careers in this field so he made a point of teaching ‘transferable skills” such as computer-aided drafting. Mr. Lamonby also designed the tank for the James Bond movie, Golden Eye. 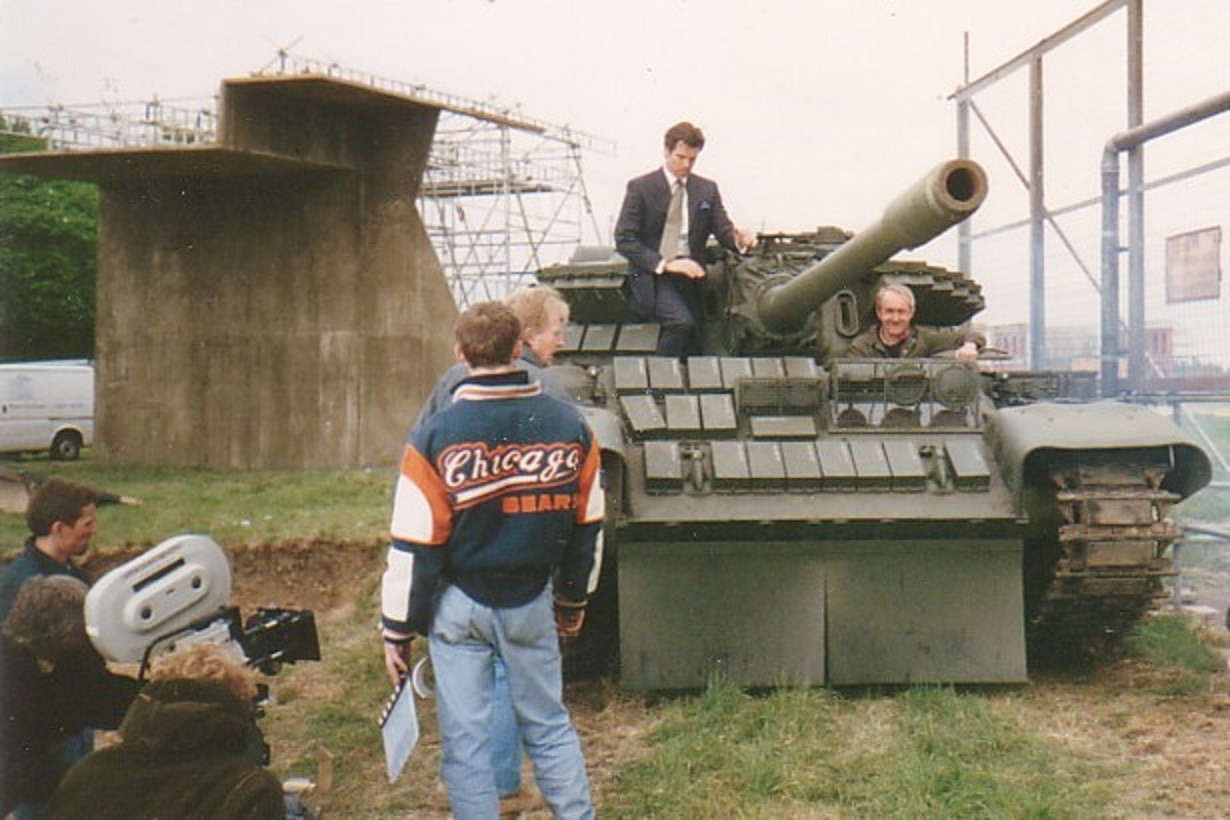 Bonar’s response was to wax indignant and accuse Lamonby of racism. She was “horrified” by his “abhorrent” views. There is some dispute as to whether she just shoved chairs or threw them as she stormed out, shouting her accusations at him.

Bonar lodged a formal complaint with the administration, which peremptorily fired Lamonby for “hold[ing] values counter to the University, which presents a risk to the University, undermines the Solent Values of respect and inclusivity, has caused offence to a colleague and has the potential to adversely affect the student experience.”

Lamonby appealed, only to find himself through the looking glass in a kangaroo court. Lamonby could do no right, and Bonar no wrong. Lamonby was found at fault for his unseemly behavior (offending Bonar), and for daring to show indignation at her “smacking him down like a schoolboy,” and her turning what should have been an intellectual discussion into a weapon of attack.

One of the key elements in Bonar’s complaints has to do with what she considered “offensive” stereotypes. Since almost everything Lamonby had to say about various groups was positive – especially where Jews were concerned – the offense had to be inferred. Did it ever occur to Mr. Lamonby, he was asked in court, “that black people might think it offensive that they might need (in his view) extra help?” This would appear to be somewhere between micro- and nano-aggression – for others with slightly less prickly egos, it would seem a welcome offer of needed extra help. If Solent’s motto is “Spark your imagination,” then I think both students and the larger culture would prefer those whose imagination have been sparked by the technological creativity of Mr Lamonby than the revolutionary Newspeak of Prof. Bonar.

In the less hypothetical case of Bonar we can see the etiology of her imagined offense on behalf of the groups which Lamonby may have stereotyped. “What? You think I’m good at physics because I’m Jewish? Well I never!” Outrageous! Repugnant! Inadmissible! She not only took offense, she started the fight, and left Lamonby feeling abused. He had just run up against the cancel-culture buzz-saw, and he was precisely the kind of growth the new gardeners had every intention of pruning with their bully pulpit of anti-racism.

As for the behavior of the court, under the dubious guidance of Judge C.H. O’Rourke, the kangaroo reasoning, the demand for a sincere apology, the sneering allusion to the possibility that the elderly Lamonby might be a “Brexiteer,”[1] the acceptance without question of the current anti-racist dogmas, all point to a corruption of justice by dogmatic prejudice.

Now behind all this stand important intellectual issues that need serious attention, above all the distinction between racial and cultural arguments about differences. Without the ability to discuss differences between various groups for fear of offending, the most imaginary and prickly of postulated egos, one cannot work effectively to solve problems. Would you, as a disadvantaged youth, prefer Lamonby’s help, taking into account your previous “environmental exposure”? Or would you rather Bonar’s help, based on the assumption that the mere suggestion you need special attention is insulting.

Then there’s the issue of antisemitism. The accusation of racism against Lamonby for his comments about Jews absurd, Bonar’s explanation notwithstanding (“while ‘positive stereotyping, still racism and a gross generalization”). No one, Jews included, is offended by compliments (at most, made uncomfortable), certainly not to the degree that Bonar took offense. To turn a series of favorable comments about Jews into a form of racism is not only a misuse but an inversion of the meaning of the term. And if to oppose antisemitism is to discourage those who hate Jews, then doing so as a way to eliminate those who like Jews is profoundly perverse. Just as antisemitism is the only hate-speech cancel-culture has no problem tolerating, so, in the mad woke world, philo-Judaism becomes an occasion to cancel those who dare express it.

Nor is this case just a once-off, either in the American scene from which Prof. Bonar hails, nor in the UK. A wide range of problems plague the UK academic scene in terms of the elimination of viewpoint diversity. As for the USA, the hunt is on. The results, should this campaign of thought and speech control succeed, will be a homogenous academy that resembles those of totalitarian states far more than the glory days of Western academia.

Stephen Lamonby: Profile of a Victim of the Cancel-Culture