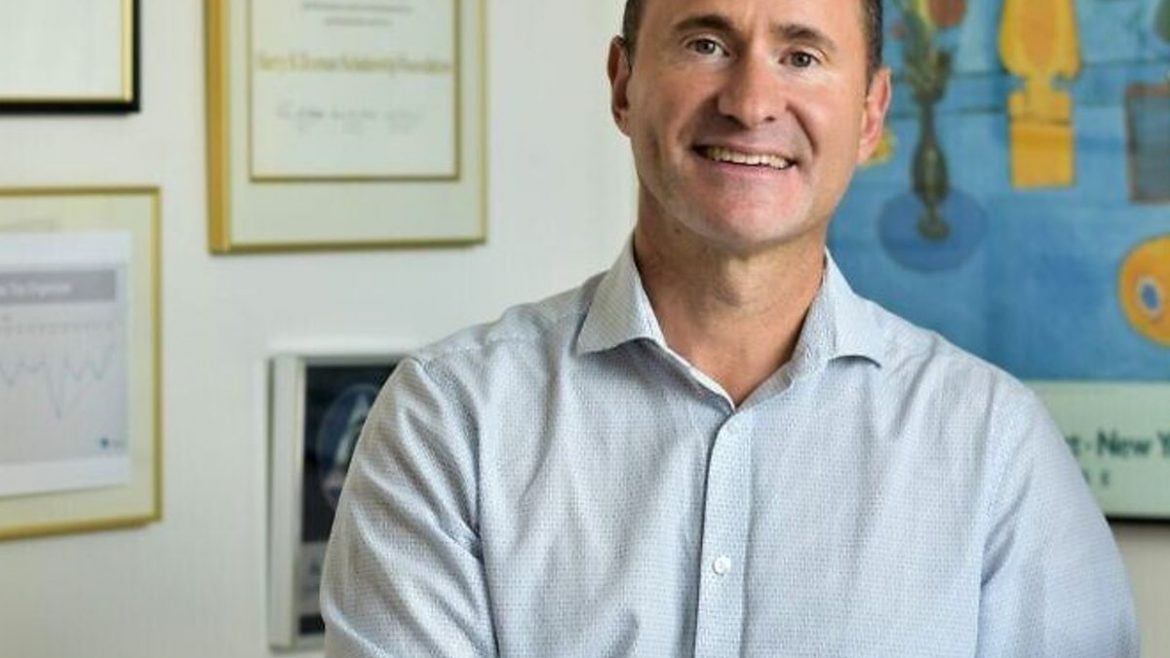 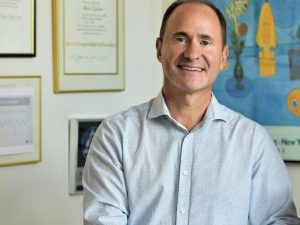 Jewish parents have long expressed concerns over anti-Semitism on college campuses – concerns that have recently intensified in tandem with the rise in violent anti-Semitic incidents nationwide. That’s why the Forward asked Adam Lehman, the new CEO of the Jewish campus organization Hillel International, for an interview centered around anti-Semitism. The Forward questioned Lehman about how Hillel, which oversees hundreds of local chapters across North America, will protect Jewish students during some of the most important years of their lives.

The interview also touched on Hillel’s opposition to the boycott, divestment, and sanctions movement against Israel, which many American Jews consider anti-Semitic but is supported by a small but growing segment of the Jewish population. Lehman affirmed Hillel’s opposition to BDS but refused to say whether he thought BDS was inherently anti-Semitic. He also declined to commit to push local Hillels to work with the campus arm of J Street, a group that is controversial in some Jewish circles because of its criticisms of Israel but has also helped defeat BDS initiatives on several campuses.

This interview took place on January 21. Excerpts from the interview are below.

These are serious issues. I very much believe we have a challenge on our hands in terms of ensuring we can protect Jewish communities on campus. Regardless of whether you want to characterize it as a crisis, it’s a significant issue.

We are able to track the actual incidences of anti-Semitism. They continue to grow year over year.

Lehman added that the fall semester saw a 50% increase in anti-Semitic incidents from the previous year.

What do you attribute that rise to?

When we look at the rise of anti-Semitism, we can’t divorce it from larger societal trends that unfortunately continue to show up in terms of divisiveness and intolerance – that’s true when we look across the country and around the world.

That said, we’re not in the business of analyzing broad sociological trends, and certainly not politics. We’re in the business of doing everything we can to create safe and secure and hopefully joyful and thriving Jewish communities on campus.

Post-Pittsburgh, has Hillel invested in helping its local chapters in physical security and trainings?

We are approaching anti-Semitism with the utmost seriousness that it deserves and requires. And for us, that involves a whole series of interventions locally.

#1: We are building up strong Jewish communities on campus. We know that the strongest antidote to isolation and attacks on a Jewish community on campus is through having a thriving Jewish student community. That is our core business and core work.

#2: We’re very actively educating, training and partnering with administrations so that they can recognize anti-Semitism as it arises and be very clear and forceful in responding to it.

#3: We’re aggressively partnering across campus with other communities, whether that’s ethnic communities, interest communities or other faith groups, so that we can educate our friends and allies on campus around these issues and have partners who stand with us when anti-Semitism rears its ugly head.

Lehman added that the national organization is doing “extensive” security training with local chapters and working with them to supplement their security systems and policies.

President Trump came out with an executive order which was ostensibly to address anti-Semitism on college campuses. The measure orders universities to consider bias against Jews under the Civil Rights Act, which does not cover discrimination based on religion; the order also suggests a definition of anti-Semitism that includes anti-Zionism. Does Hillel have a position on this executive order?

We don’t take positions on political or policy issues as it relates to the executive order or any other specific policy or political issue.

Now that the executive order has been enacted, will that affect in any way Hillel’s work addressing anti-Semitism on campus?

It will be, I’m sure, taken into consideration, by us and others, among a really wide array of tools and approaches that can be used to combat these issues.

Do you think BDS is anti-Semitic?

We strongly oppose BDS. We believe that it is neither constructive in terms of the issues it seeks nominally to address, nor is it at all conducive to the kind of environments that should be present on college campuses – environments that promote understanding, that promote dialogue, that support Jewish students. And so we continue to proactively combat BDS on campuses in all its forms, including when anti-Israel conduct can unfortunately bleed into anti-Semitism itself.

So is it that BDS is sometimes anti-Semitic and sometimes not?

One of the groups that is most effective in advocating against BDS on campus is J Street U, because they have progressive credibility that other Israel-centered student groups lack. But there are still a lot of local Hillels that refuse to recognize J Street U chapters, despite the fact that they conform with the Standards of Partnership [which prohibits local Hillels from partnering with or giving space to student groups (including Jewish ones) that support BDS or oppose Zionism].

Our local Hillels are set up and operate to try to function in compliance with our Standards of Partnership and our guidelines. And in that respect, they’re going to evaluate specific programs, initiatives and partnership with that in mind. We believe that they continue to work in good faith to partner appropriately, and do it in ways that are in service of the Jewish community writ large.

First of all, our data does not indicate that there is a rising number of Jewish students who support BDS. Our data indicates that it’s a tiny minority, and ultimately is a group that is pursuing any number of social and political goals that may or may not align with our mission and our values.

Where we do have guidelines is in relation to formal partnerships with other organizations. And as a matter of values and mission, we do not want to formally partner with organizations who expressly are promoting the delegitimization, destruction and demonization of the state of Israel.

You have data that I don’t, so I don’t want to contradict you saying that it’s a tiny number of students, but at the same time, isn’t one student feeling unwelcome too many?

We engaged more than 140,000 Jewish students last year, and we’ll continue to grow that number, because we’re actually quite good at meeting students where they’re at and not getting overly caught up in political issues.

One of the most common things that college students I’ve spoken to have said is that the conversation in Jewish communities has been specifically about anti-Semitism, but there’s a lot going on in Jewish life on campus that does not have anything to do with anti-Semitism, or for that matter with controversial Israel stuff. What do you think is missing in the community’s understanding of what’s going on for Jews on campus?

As one example: We’ve recently scaled up a program called the Jewish Learning Fellowship, where just in the past two years, we’ve taken it from 20 campuses to 211 campuses – where we have more than 4,000 students studying Torah, but studying it in ways that feel incredibly pertinent to their lives today. Those Jewish students are looking for innovation, they’re looking to be creative. They don’t want to simply inherit tradition and feel like that is what’s left of them. They want to be part of creating a Jewish future.

Those stories unfortunately don’t always make the news, but fortunately for students, that is a lived reality for them most of the time.