In February the Office of the High Commissioner for Human Rights published a list of 112 businesses which it concludes operate over the pre-1967 lines. 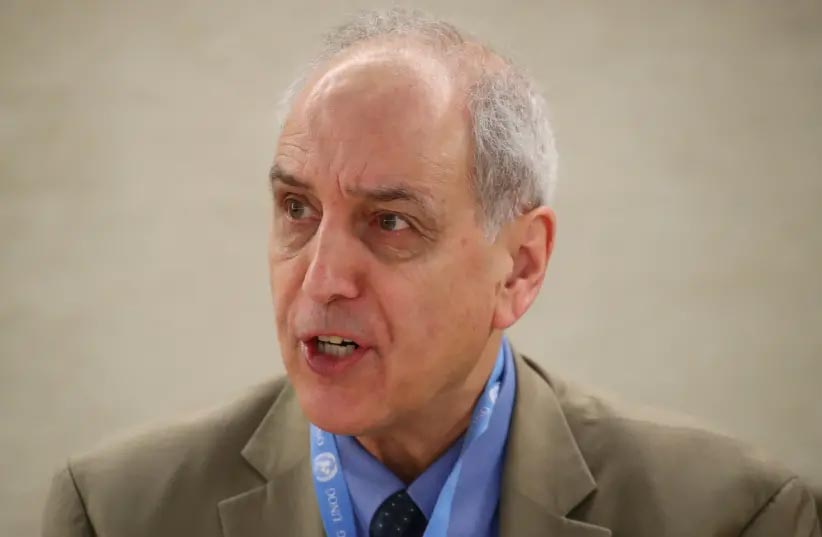 The United Nations Security Council (UNSC) must enforce a settlement boycott by ensuring that the database of businesses operating over the pre-1967 lines can be used for enforcement action, special rapporteur Michael Lynk said in a written report submitted to the General Assembly in New York.

“The UNSC should ensure that the database becomes a living tool, that it clarifies and broadens its mandate, and that it provide the database with sufficient resources so that its spotlight can properly identify the scope of all business involvement with the settlements and the occupation,” he wrote in his annual report published over the weekend.

Lynk is a Canadian legal expert who is the UN Human Rights Council special rapporteur for the human-rights situation in the Palestinian territories.

In February, the Office of the High Commissioner for Human Rights published a list of 112 business entities it has reasonable grounds to conclude operate over the pre-1967 lines, 94 domiciled in Israel and 18 in six other countries.

These countries include the United States, Great Britain, France, the Netherlands, Thailand and Luxembourg.

The list gives a boost to the Boycott, Divestment and Sanctions movement and operates as a warning to those companies that such business dealings could constitute a war crime.

Neither the High Commissioner’s Office nor the UNHRC, which commissioned the list, have any enforcement power; the list is advisory only.

In February the Office of the High Commissioner for Human Rights published a list of 112 businesses which it concludes operate over the pre-1967 lines.
Skip to toolbar