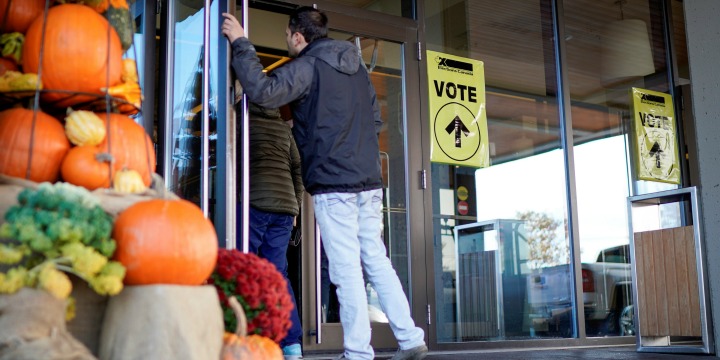 A top Jewish advocacy group said on Friday it was “deeply concerned” after becoming aware that a federal grant was used to produce a voting guide for Canadian Muslims ahead of last Monday’s national elections.

B’nai Brith Canada was referring to the “Canadian Muslim Voting Guide: Federal Election 2019” that was published by the Canadian Islamophobia Industry Research Project at Wilfred Laurier University on Oct. 18.

The front cover of the guide recognizes support from a federal agency, the Social Sciences and Humanities Research Council of Canada (SSHRC).

“Disturbingly, one of the six ‘key issues’ for Canadian Muslims unilaterally selected by the authors of the voting guide is support for the anti-Israel and antisemitic Boycott, Divestment and Sanctions (BDS) Movement,” B’nai Brith noted. “The voting guide purports to assign a ‘Fail’ grade to Prime Minister Justin Trudeau for recognizing that BDS is a form of antisemitism that harms Jewish students on Canadian campuses, and gives the same failing grade to Opposition Leader Andrew Scheer.”

Michael Mostyn, chief executive officer of B’nai Brith Canada, stated, “It is totally unacceptable that government funds have been used to promote an antisemitic movement in Canada. It is deeply troubling that taxpayer dollars were used to subsidize a document ‘guiding’ Canadians on whom to support in an election.”

B’nau Brith said it would be seeking “a commitment from the newly-elected Canadian government to ensure that premises and facilities under government administration not be provided to organizations that express antisemitism or call Israel’s right to exist into question.”

Furthermore, B’nai Brith added, it would be looking for “a commitment that no government funding be provided to organizations that endorse or support projects and events encouraging the antisemitic BDS movement.”