Though court wants more briefing on whether there is “federal jurisdiction” for the lawsuit. 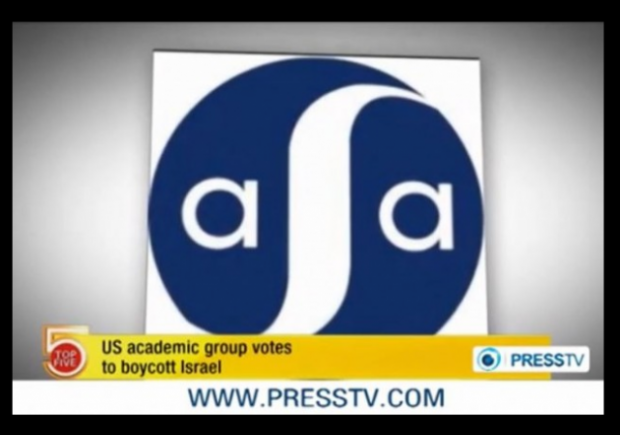 The academic boycott, which is considered a violation of academic freedom by the American Association of University Professors, was condemned by over 250 university presidents and numerous university associations.

No other major academic association has adopted the academic boycott, though a few small groups have done so. There have been failed boycott attempts at major groups such as the Modern Language Association, American Historical Association and American Anthropological Association. Yet the anti-Israel faculty boycott activism continues, and we can expect more attempts in coming years.

The academic boycott is among many tactics used to silence Israeli and pro-Israeli voices on campuses. Other tactics include systematic shout-downs and disruptions of speakers and events, and the hijacking of other causes in order to repurpose them for the anti-Israel cause. Pro-BDS faculty often are behind this anti-academic freedom and anti-free speech student activism.

A lawsuit was filed in April 2016 over the ASA boycott, American Studies Association and its leaders sued over Israel boycott:

A lawsuit just filed by several distinguished members challenges the ASA boycott, seeks damages against individual officers and National Council members who advanced the boycott, as well as injunctive relief, arguing that ASA exceeded its purpose defined under its constitution and bylaws….

The lawsuit could serve as a model for litigation against other faculty organizations which have been hijacked by anti-Israel activists.

In late March 2017, a judge granted in part and denied in part a motion to dismiss the case, Judge: Lawsuit against American Studies Assoc over BDS can move forward.

In November 2017, the plaintiffs sought to expand the lawsuit against ASA in an Amended Complaint. We reported on that lawsuit at the time, Lawsuit: BDS movement engineered takeover of American Studies Association:

… on November 9, 2017, the plaintiffs filed a Motion to File a Second Amended Complaint (pdf.)(proposed complaint also available here), expanding not only the claims but also adding parties.

The Motion to Amend describes how the Second Amended Complaint, if the court grants permission to file it, would expand some of the claims:

This Court’s Memorandum Opinion of March 31, 2017 respecting defendants’ motion to dismiss the First Amended Complaint noted that the pleading contained “the idea that Individual Defendants hijacked the ASA for the improper purpose of turning it into a social justice organization,” but further noted that “[t]his alleged hijacking is not a discrete cause of action[.]” (Opinion at 29 n.8) The Proposed Second Amended Complaint pleads discrete counts and detailed factual allegations about how the USACBI Defendants, in furtherance of USACBI and their personal interests, gained and abused positions of trust within the ASA through deception and misrepresentation, and how, once in positions of leadership at the ASA, the Defendants orchestrated improperly manipulated the corporate machinery, violated the ASA Constitution and bylaws, and misappropriated the ASA’s assets to advance the USACBI agenda through the adoption of an academic boycott of Israel….

The Court recently granted the motion to Amend, meaning (subject to the caveat below as to federal jurisdiction), the full scope of the boycott efforts and persons involved leading up to adoption of the BDS resolution are the subject of the lawsuit.

In its Memorandum Opinion (pdf.), a full copy of which is embedded at the bottom of this post, the Court rejected arguments that the amendment would prejudice defendants or was made in bad faith. Significantly, the Court also found that amendment was not “futile”:

… Defendants appear to have taken a rather scattershot approach to arguing futility and have presented only bare-bones arguments with almost no legal authority for their various positions. Given the rather complex nature of this matter, the Court is not inclined to dismiss the proposed claims based purely on cursory arguments that lack clear rationale and legal authority…. Consequently, the Court will not address the Defendants’ futility arguments at this time; however, Defendants may re-raise these objections in a well-supported motion to dismiss or motion for summary judgment. As a result of the foregoing, the Court finds that Plaintiffs should be granted leave to amend their Complaint.

The Court, however, raised the issue of whether there was “subject matter jurisdiction.” What that means is that federal courts are courts of limited jurisdiction. You need to show either that there is a federal question involved in the case, or that there is diversity jurisdiction (none of the plaintiffs are citizens of the same state as any of the defendants) and there is at least $75,000 in controversy. Absent one of those types of jurisdiction, the court could not hear the case and it would have to be litigated in state or D.C. courts.

The Court focused on the $75,000 threshold, casting doubt on whether the case as pleaded in the Second Amended Complaint demonstrated such potential damages, and requesting further briefing on the issue:

In the earlier round of briefing, the principal dispute between the parties concerned whether Plaintiffs had satisfied the amount in controversy requirement. The Court concluded that, because it was not legally impossible for Plaintiffs to recover at least $75,000 in damages, they had satisfied their burden to demonstrate the existence of subject matter jurisdiction. See Mem. Op. at 11–13, ECF No. 28. Despite having previously addressed the issue, this Court has a continuing duty to examine its subject matter jurisdiction and must raise the issue sua sponte when it comes into doubt. See Henderson ex rel. Henderson v. Shinseki, 562 U.S. 428, 434 (2011) (“[F]ederal courts have an independent obligation to ensure that they do not exceed the scope of their jurisdiction, and therefore they must raise and decide jurisdictional questions that the parties either overlook or elect not to press.”). Although the parties have not explicitly readdressed subject matter jurisdiction in their latest round of motions, they have raised certain issues that have given this Court reason to revisit the amount in controversy issue once more….

Given that the parties have not addressed the impact that D.C. Code § 29-406.31(d) may have on this Court’s subject matter jurisdiction, the Court will order the parties to provide supplemental briefing addressing this threshold issue within thirty days of this opinion. In the meantime, the case is stayed pending the Court’s consideration of its jurisdiction.

So as it stands now, the plaintiffs have achieved a substantial expansion of the lawsuit, though it is unclear whether the suit can continue in federal court or needs to proceed elsewhere (presumably D.C. Superior Court).

Though court wants more briefing on whether there is “federal jurisdiction” for the lawsuit.
Skip to toolbar