Messi, Aguero and Di Maria to play in friendly on June 9, a week before the World Cup 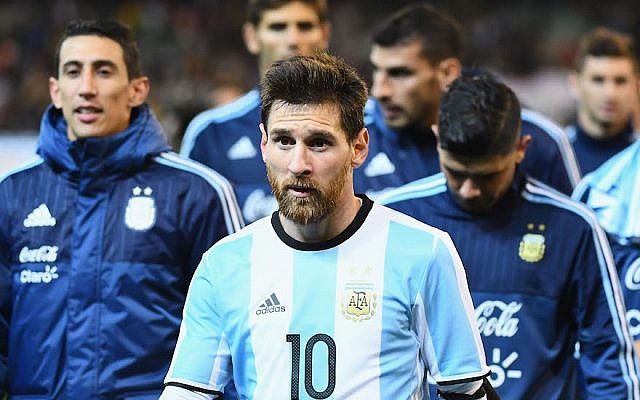 BUENOS AIRES, Argentina — Two-time soccer world champion Argentina will travel to Israel to play a friendly between the two national teams despite pressure from BDS activists.

The Boycott, Divestment and Sanctions movement against Israel has launched a campaign to stop the June 9 match, including sending letters to Argentine sports figures.

The letter from the Argentinean Committee of Solidarity with Palestine to the Argentinean National Secretary of Sports and the Argentine Football Association says that canceling the match “would represent the solidarity values ​​of the Argentine people towards other people’s victims of oppression, apartheid and genocide.”

The boycott campaign is using the motto “Argentina don’t go” to Israel, or #ArgentinaNoVayas.

On Sunday, the main sport national television channel, TyCSports, announced that it would broadcast the match live. The Israeli event organizer, Comtec, also made mention of the match on its website.

The venue of the match is not yet confirmed, with Teddy Kollek Stadium in Jerusalem and Samy Ofer Stadium in Haifa the most probable locations.

Israeli fans will have the opportunity to see global stars Lionel Messi, who plays for Barcelona; Sergio “Kun” Aguero of Manchester City in the United Kingdom; and Angel Di Maria of Paris Saint-Germain. The match comes just one week before the start of the World Cup, so the Argentines will fly directly from Israel to Russia.

Messi serves as the brand ambassador for an Israeli startup company.

Messi, Aguero and Di Maria to play in friendly on June 9, a week before the World Cup
Skip to toolbar