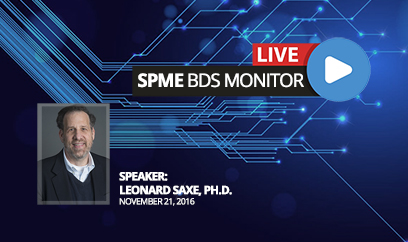 As an extension of a long-standing program of research focusing on Jewish life on college campuses, since 2015, Saxe and his colleagues have been studying the impact of antisemitism and anti-Israel hostility on campus. Initially, the research focused on gauging overall levels of antisemitism and hostility. Based on findings indicating substantial differences among campuses in the level of hostility, the current focus is on understanding the situation on particular campuses. The webinar will discuss the findings of a 50 campus study of Jewish students, along with several campus-specific studies of views of both Jewish and non-Jewish students. The discussion will attempt to tease out what is associated with problematic campuses and effective strategies for addressing the problem.

Leonard Saxe, Ph.D., is Klutznick Professor of Contemporary Jewish Studies and Social Policy at Brandeis University where he directs the Cohen Center for Modern Jewish Studies and the Steinhardt Social Research Institute. He is a social psychologist and leads a program of research on Jewish identity, education and socio-demography. For more than a decade, he has been studying the impact of Birthright Israel and, as well, conducts educational and socio-demographic studies of the U.S. Jewry. He has been a Fulbright Professor at the University of Haifa, a science fellow for the United States Congress and received the American Psychological Association’s Award for Distinguished Contributions in the Public Interest. In 2012, he received the Marshall Sklare prize for his contributions to the social scientific study of Jewry.