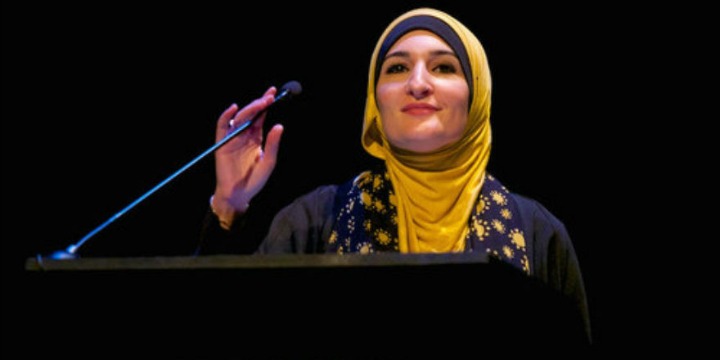 The insurance giant GEICO has cancelled an event set to feature activist Linda Sarsour, apologizing and saying it “does not condone hatred.”

Soon after a social media outcry against Sarsour’s planned appearance at a company event marking Middle Eastern and North African Heritage Month, GEICO issued a statement saying, “We apologize to our employees, customers, and others for our initial plan to invite Linda Sarsour to speak at our internal event celebrating Middle Eastern and North African (MENA) Heritage Month. On Tuesday, we quickly cancelled the event.”

“GEICO does not condone hatred of any kind, and we do not stand for or with anyone who does,” the company said. “We are not aligned with any form of exclusion. We will continue to celebrate MENA Heritage Month in a way that aligns with our values.”

Circulating promotional material for the event on Wednesday afternoon, the organization Stop Antisemitism declared, “We are horrified a respectable company like @GEICO would choose to feature antisemitic bigot @lsarsour to represent the MENA region.”

We are horrified a respectable company like @GEICO would choose to feature antisemitic bigot @lsarsour to represent the MENA region.

Sarsour had to step down from the Women's March due to her open Jew hatred!

Condemnation of the planned appearance was swift, with Anti-Defamation League CEO Jonathan Greenblatt tweeting, “Shocked a company like @GEICO is reportedly partnering with Linda Sarsour, a person who peddles in antisemitic tropes while slandering and delegitimizing Israel. If true, GEICO must act fast and reverse course.”

Greenblatt linked back to a 2019 tweet in which he said of a statement by Sarsour, “The amount of hate in Linda Sarsour’s latest diatribe is shocking. She slanders the founders of Israel as supremacists, invoking a centuries-old antisemitic trope when she describes them as having believed that Jews are ‘supreme to everybody else.’ She then compares American Jews’ support for Israel to domestic white supremacy.”

“This is morally offensive and utterly dangerous,” he said at the time. “Millions of Jews have been murdered in the name of white supremacy.”

The advocacy group StandWithUs also criticized GEICO, and tweeted a long list of her previous incendiary statements, including a call for feminist activists she disliked to face genital mutilation. The group also pointed to Sarsour’s connections with the racist and antisemitic group the Nation of Islam, her criticism of efforts to “humanize” Israelis, support for excluding “Zionists” from events and other malfeasances.

“Hatred against Muslims and hatred against Jews are equally unacceptable,” StandWithUs added. “While Sarsour should never face bigotry or harassment, everyone has a right to criticize her spreading hate and @GEICO should not be giving her a platform.”