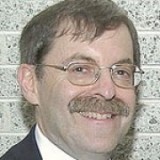 John R. Cohn, M.D., is a physician at Thomas Jefferson University Hospital (TJUH), in Philadelphia, PA, where he is the chief of the adult allergy and immunology section and Professor of Medicine. He is the immediate past president of the medical staff at TJUH.

In his Israel advocacy work he is a prolific letter writer whose letters and columns have been published in the New York Times, the Wall Street Journal, the Jerusalem Post, the Philadelphia Daily News, the Philadelphia Inquirer, Haaretz, the Jewish Exponent, Lancet (an international medical journal based in the UK), and others. He was CAMERA’s “Letter Writer of the year” in 2003. He maintains a large email distribution of the original essays which he authors on various Israel-related topics.

He has spoken for numerous Jewish organizations, including Hadassah, the Philadelphia Jewish Federation and to a student group at Oxford University (UK). He and his wife were honored by Israel Bonds.

He wrote the monograph: “Advocating for Israel: A Resource Guide” for the 2010 CAMERA conference. It is valuable resource for all interested in maximizing their effectiveness in correcting the endless errors of fact and omission in our mainstream media. One piece of very valuable advice that he offers to other letter writers is: “Journalists and media are not our enemies, even those we don’t agree with”. Particularly for those of us in the academic community he urges a respectful and educational approach to journalists who have taken a wayward course.

In addition to the SPME board, Dr. Cohn is a member of a variety of professional and Jewish organizations, including serving on the boards of Hillel of Greater Philadelphia, the CAMERA regional advisory board, and Allergists for Israel (American allergists helping the Israeli allergist community). In the past he served on the board of the Philadelphia ADL. He participated in the 2010 CAMERA conference (“War by Other Means,” Boston University) where he led a panel with students on “Getting the Message Out,” and a break-out session called “Getting Published in the Mainstream Media.”

He is married, has three children and one grandchild. He belongs to two synagogues–he says with a chuckle, “So I always have one not to go to”. He has been to Israel many times, including as a visiting professor at the Hadassah Medical Center in Jerusalem. His first trip was at age 10, when Jerusalem was still a divided city; and he remembers vividly standing before the Mandelbaum Gate, wondering why he could not go through it to the Old City on the other side.

He adroitly balances his wide-ranging volunteer activities on behalf of Israel with his broad and complex medical and teaching practice (including authoring numerous professional publications) while successfully maintaining good relations with a broad spectrum of Jewish community leaders and organizations — no small feat.

Regarding his involvement with SPME, Dr. Cohn acknowledged first and foremost SPME’s Immediate Past President, Professor Ed Beck. Dr. Cohn has long perceived that under Professor Beck’s guidance, SPME has been doing an essential job on college campuses; so he was honored when Professor Beck invited him to join the board.

He finds it easy to support and be active in SPME because being a Jewish American and a supporter of Israel presents no conflict due to the congruence of both countries’ interests, policies and priorities. It is clear that Israel’s cause is not a parochial issue. It is a just cause and its advocacy is advocacy for justice.

For Dr. Cohn, the need for SPME is clear. The resources of those who speak out on behalf of Israel are dwarfed by the funding sources available to those who seek to denigrate Israel. Israel’s supporters don’t have large oil fields to underwrite their work. And the campus is a critical arena for work today on behalf of Israel, because this generation’s students are next generation’s leaders.

For advancing SPME’s work in the future, he would like to see the continued development of academically sound analyses to counter the prevailing anti-Israel ideology of all too much academic research and teaching on campuses and in professional fields today. He points to Lancet’s creation of a “Lancet Palestinian Health Alliance,” which asserts that Israel is to blame for poor health care for Palestinians in the West Bank and Gaza Strip. The documented reality, however, is that life expectancy, infant mortality and other measures of health are better for Palestinians in the West Bank and Gaza than in many of the countries so critical of Israel This is in large part thanks to Israel.

Dr. Cohn asserts that we need more research, analysis and publications to counteract such misleading allegations.