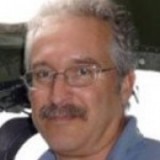 Joffe’s work is uniquely broad. Since 1991 he has published dozens of studies on the archaeology of the Eastern Mediterranean and is a leading figure in contentious debates over the relationship between archaeology and politics in the Middle East. He has also authored numerous works on contemporary issues, including Middle Eastern environmental security threats from pollution and weapons of mass destruction. His work on the problem of dismantling intelligence agencies is widely cited by experts and democratic reformers alike.

In the past decade Joffe has written and spoken on topics as varied as the future of American Jews, the Palestinian refugee problem, and nationalism. During that time as well he has been deeply involved with combating the problems of campus antisemitism, the ‘boycott, divestment and sanctions’ movement against Israel, and in educating Jews and others about threats to Israel and the West. His current projects include a biography of a British World War II general and several novels. He and his family reside near New York City.