Former IDF lieutenant-colonel and current director of the American Jewish Committee Jerusalem office, Avital Leibovich, was bombarded by some dozen pro-Palestinian activists while giving a speech about social media on Tuesday afternoon in Washington, DC.

Leibovich, who formerly served as head of the Interactive Media Branch of the IDF’s Spokesperson’s Unit, was five minutes into her talk at the ‘Newseum’ when the activists stormed the stage bearing signs with anti-Israel phrases and shouting pro-Palestinian slogans, such as “free, free Palestine!” 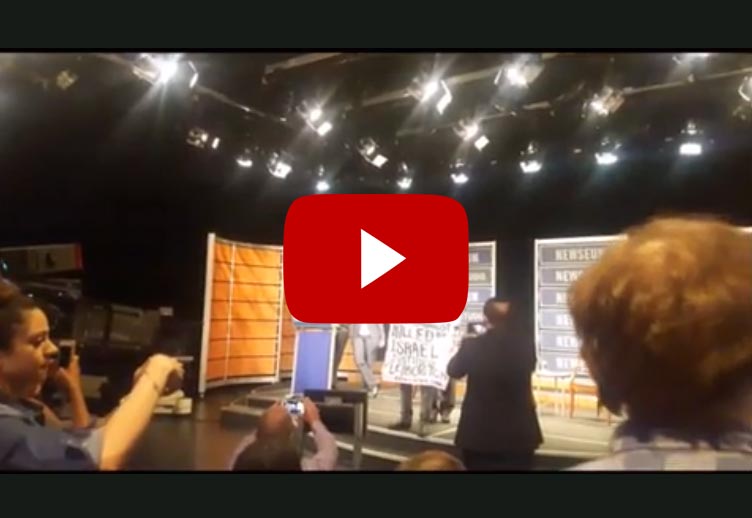 Leibovich calmly responded saying anyone who wanted to hear what she had to say were welcome to stay, and welcome those who didn’t to use the “big red exit sign.”

Two of the most prominent activist were Max Blumenthal and Rania Khalek. Security officials later ushered Blumenthal away from the address.