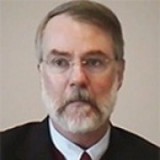 Winfield Myers is Director of Academic Affairs for the Middle East Forum. Before joining MEF, he was managing editor of The American Enterprise magazine, a publication of the American Enterprise Institute in Washington, D.C. The co-founder and former CEO ofDemocracy Project, Inc., he earlier served as senior editor and communications director at the Intercollegiate Studies Institute. He has longstanding interests in higher education, American politics and culture, and foreign policy. Principal author and editor of a college guide, Choosing the Right College, with an introduction by William Bennett (Eerdmans, 1998; 2001), Myers is also founding editor of the ISI Study Guides to the Liberal Arts. He was formerly senior editor of the Intercollegiate Review and Campus Magazine and is author of a widely distributed pamphlet, “Asking the Right Questions in Choosing a College.”

Myers’s writings have appeared in the Wall Street Journal, National Review Online, the Weekly Standard, the Washington Times, the American Outlook, the Washington Examiner, theAmerican Thinker, FrontPage Magazine, the Providence Journal, Insight Magazine, and theTexas Education Review, among other publications. He has been a guest on scores of radio shows, including the BBC and Radio New Zealand, and has appeared on the Fox News Channel’s Fox and Friends, local Fox networks, CBN, Australian SBS TV, and PAX TV as an education expert. A graduate of Young Harris College and holder of undergraduate and graduate degrees in history from the University of Georgia, Myers also attended graduate school in history at Tulane University and the University of Michigan and has taught the Great Books in the honors college at Michigan and European history at the universities of Michigan and Georgia and at Tulane University and Xavier University of Louisiana. Winfield Myers lives in Rome, Georgia.