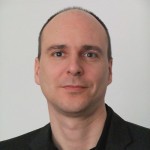 Stephan Grigat received his PhD from the Free University of Berlin and currently lectures at the Institutes for Political Science, Philosophy and Jewish Studies at the University of Vienna. He is the Co-founder and Scientific Director of the NGO „STOP THE BOMB – Coalition for a nuclear-free and democratic Iran“ and regularly writes for the German monthly Konkret and the weekly Jungle World. His op-eds were published in Die ZEIT, Der Tagesspiegel, Neue Zürcher Zeitung, Der Standard and Die Presse. He is the author of Fetish & liberty. The perception of Marx’ critique of fetishism and its relevance for a critical theory of anti-Semitism and edited several anthologies on anti-Semitism in Austria and Germany as well as on the Iranian regime (e.g. Iran in the World-System. Alliances of the Regime & Perspectives of the Freedom Movement (in German, 2010)). He published several articles on Critical Theory, anti-Semitism in the Left, the relation of Marxism and Zionism, and on the Middle East Conflict.