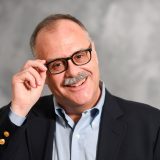 Sheldon Shulman has extensive international business experience. He founded, built and sold two successful Israeli technology companies, was the SVP of Singer Barnea, one of Israel’s leading investment banking firms, and was the business partner of Tom Ridge (the first US Secretary of Homeland Security). As well, he was an Advisor on international security affairs to a US-based global financial institution, as well as having served as an Advisor to Yissum, the technology transfer company of Hebrew University, and to a number of major Israeli defense companies.

Before pursuing a career in business, he held senior positions in the Government of Israel, at the Foreign Ministry and as the Director of a Department in the Prime Minister’s Office. In the IDF, he served as Assistant Advisor to the Prime Minister on Countering Terrorism for several years, and was involved in the peace process and with US-Israeli relations. He served as an external advisor to senior Israeli decision-makers, including former Mossad Director Meir Dagan, and to Members of the US Congress and Senate, and has also served as an Advisor to Members of Parliament and Committees of the European Parliament. He also taught International Law at Tel Aviv University’s Law Faculty, and was a member of the Board of Yish Sikui (the organization to change Israel’s electoral system).