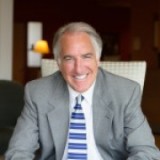 He is currently a Freedom Center Journalism Fellow in Academic Free Speech.

In addition to serving as a member of the board of directors of Scholars for Peace in the Middle East, Dr. Cravatts is also a board member of The Journal for the Study of Antisemitism, The AMCHA Initiative, The Israel Group, The Louis D. Brandeis Center for Human Rights Under Law, Alliance for Israel, and the Florida chapter of the Zionist Organization of America, an advisory board member of the Endowment for Middle East Truth, the Abraham Global Peace Initiative, and The Gross Family Center for the Study of Antisemitism and the Holocaust, and a member of SPME’s Council of Scholars.