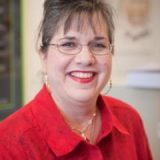 Miriam F. Elman is an associate professor of political science at the Maxwell School of Citizenship & Public Affairs at Syracuse University, where she was recently appointed the Robert D. McClure Professor of Teaching Excellence. Elman serves as the director of the International and Intra-state Conflict Studies research team in the Program for the Advancement of Research on Conflict and Collaboration (PARCC) and is an advisory committee member of the Jewish Studies and the Middle Eastern Studies Programs.  Elman received her Ph.D. and M.Phil. from Columbia University and completed her B.A. at the Hebrew University of Jerusalem. Her latest books are Democracy and Conflict Resolution: The Dilemmas of Israel’s Peacemaking (Syracuse University Press, 2013), co-edited with Oded Haklai and Hendrik Spruyt and Jerusalem: Conflict and Cooperation in a Contested City (Syracuse University Press, 2014), co-edited with Madelaine Adelman. Elman serves on the Advisory Board of The Center on American and Global Security (CAGS) at Indiana University and is a featured member of Heterodox Academy and the Academic Engagement Network (AEN). Elman’s publicly-engaged scholarship has been featured in The Times of Israel, Haaretz, The Post Standard, Providence, and The Jewish Observer among other online and print media outlets. Currently she is a featured author at Legal Insurrection, a leading conservative political website. In Syracuse, Elman serves on the Board of the Jewish Federation of CNY and on the design team of InterFaith Works of CNY. She is also a member of SAMED (Syracuse Area Middle East Dialogue Group), a thirty-year-old public advocacy organization devoted to realizing a just and lasting resolution to the Israeli-Palestinian conflict.