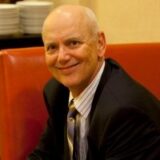 Mark T. Clark, PhD is professor of political science and director of the National Security Studies program at California State University, San Bernardino. He specializes in national security affairs, including nuclear weapons, strategy and deterrence, and theories on war. His most recent works examine the theory of war developed by Carl von Clausewitz as applied to non-state actors, including terrorist organizations, and the deterrence policies of small nuclear powers, including India, Israel, Pakistan, and, when it had them, the Republic of South Africa. He is currently working on extending this work to include Iran and North Korea.

In the Fall of 2006, Professor Clark received a multi-year grant from the Office of the Director of National Intelligence to establish a California State University Intelligence Community Center of Academic Excellence among a consortium of seven campuses of the CSU system and in Fall 2011 received a second grant to continue the work from the Defense Intelligence Agency. In Fall 2013, Clark and a colleague received a National Science Foundation to develop new degrees in Cyber Security and Intelligence and was named a member of the Academic Advisory Board for the NATO Defense College for 2013-2015. Clark served in the U.S. Marine Corps, 1973-1977.