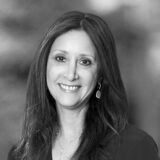 Lauri B. Regan is a senior counsel in the capital markets practice of White & Case LLP in New York City. Born and raised in Baltimore, Maryland, Lauri graduated with a B.A. from Emory University in Atlanta and recieved her J.D. with honors from the University of Maryland School of Law. Upon graduation from law school, she moved to New York City where she focused on bank finance transactions at Otterbourg, Steindler, Houston and Rosen, P.C. and Mayer Brown LLP prior to her current position at White & Case. In addition to being a frequent and regular contributor to the AmericanThinker website, Lauri has also written for PajamasMedia and The Washington Examiner, and her political analyses and insights have resulted in her articles being linked on many internet news sites including Fox Nation, the Wall Street Journal, National Review, and Lucianne. Lauri serves on the boards of the Endowment for Middle East Truth and the National Women’s Committee of the Republican Jewish Coalition.

She has been a guest on various radio programs including The Thomas Hayes-Morrison Radio show and Shalom USA Radio and frequently speaks on issues pertaining to the US/Israel relationship and women in politics.