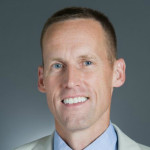 Dr. Joseph Morrison Skelly is Professor of History at the College of Mount Saint Vincent in New York City. He specializes in international terrorism, military affairs, and diplomatic history. He is the editor of Political Islam from Muhammad to Ahmadinejad: Defenders, Detractors, and Definitions (Santa Barbara: Praeger Security International, 2010), which is based on papers delivered at ASMEA’s inaugural conference. His other books include Irish Diplomacy at the United Nations, 1945-65 and Ideas Matter: Essays in Honor of Conor Cruise O’Brien. Dr. Skelly has published articles in scholarly journals in North America and Europe, and has written for the Washington Times, National Review Online, United Press International, Irish Independent and the Belfast Telegraph.

Dr. Skelly is a consulting editor for Enigma Books and Academica Press, and is on the board of several academic organizations, including the Historical Society and the New York chapter of the National Association of Scholars. An officer in the United States Army Reserve, he completed a tour of duty in Operation Iraqi Freedom, during which he helped to renovate universities in the city of Baquba, supported the Iraqi national elections, and participated in counterterrorism operations.