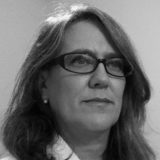 Emily Landau is a senior research fellow at INSS, where she heads the Arms Control and Regional Security Program, leading its research, conference outreach, and mentorship plans and programs. Dr. Landau has published and lectured extensively on nuclear proliferation, arms control, and regional security dynamics in the Middle East; WMD proliferation challenges in the post-Cold War era; Israel’s nuclear image and policy; and developments in global arms control thinking in the nuclear realm. Her books and monographs include Israel’s Nuclear Image: Arab Perceptions of Israel’s Nuclear Posture (co-author, 1994), a landmark study into the regional effects of Israel’s unique model of nuclear ambiguity; and a major study of the ACRS talks entitled Arms Control in the Middle East: Cooperative Security Dialogue and Regional Constraints (Sussex Academic Press, 2006). Her most recent publications include co-edited volumes such as: The Obama Vision and Nuclear Disarmament (2011); The Nuclear Nonproliferation Regime at a Crossroads (2014), and Arms Control and National Security: New Horizons (2014). In 2012 she published Decade of Diplomacy: Negotiations with Iran and North Korea and the Future of Nuclear Nonproliferation, a comparative study assessing the effectiveness of negotiations as a strategy to confront the military nuclear ambitions of Iran and North Korea. She is also the author of numerous book chapters and articles published in various academic and professional journals