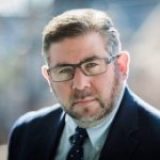 Asaf Romirowsky PhD, is the Executive Director of Scholars for Peace in the Middle East (SPME). Romirowsky is also a senior non resident research fellow at the Begin-Sadat Center for Strategic Studies (BESA)  and a Professor [Affiliate] at the University of Haifa. Trained as a Middle East historian he holds a PhD in Middle East and Mediterranean Studies from King’s College London, UK and has published widely on various aspects of the Arab-Israeli conflict and American foreign policy in the Middle East, as well as on Israeli and Zionist history.

Romirowsky is co-author of Religion, Politics, and the Origins of Palestine Refugee Relief and author or co-author of many journal articles and book chapters on topics related to international relations, the Middle East,  and Arab-Palestinian refugees

Recently he co-edited Word Crimes: Reclaiming the Language of the Israeli-Palestinian Conflict, a special issue of the journal Israel Studies.

Romirowsky’s publicly-engaged scholarship has been featured in The Wall Street Journal, The National Interest, The American Interest , The New Republic, The Times of Israel, Jerusalem Post, Ynet and Tablet among other online and print media outlets.