SPME wishes to congratulate the University of Michigan administration for its disciplining of Jonathan Cheney-Lippold for his unprofessional BDS actions. In particular, the documenting of bad faith in refusing only after he had tenure, the hijacking of class time for his off-topic rants about Israel, suggest that the administration undertook a serious investigation of the problem.

This is a welcome change from the often disastrously timid behavior of administrators when faced with ‘social warriors’ who break the rules in their righteous indignation – the behavior of the Connecticut College Administration in the Andrew Pessin case comes to mind. Here at University of Michigan, the administration enforced rules of fairness and professional commitment to impartiality that the professor had violated.

We also note that not writing Letters of Recommendation for students who want to study in Israel is just one of many recommendations made by PACBI/USACBI. That is, there is a host of recommendations for how faculty who support BDS can actually implement the academic boycott irrespective of their institution’s policy. Administrators need to understand that just going on record with a general public statement that the school doesn’t support academic boycott of Israel is insufficient. Administrators need to ensure faculty compliance.

We commend the University’s decision to create a panel, “to examine the intersection between political thought/ideology and faculty members’ responsibilities to students.” We look forward to submitting a statement for their consideration.

We also want to make clear that we do believe that certain dire circumstances (e.g., actual genocide) do demand resistance in the form of civil and professional disobedience (understanding that that includes suffering the legal consequences). But the moral indictment of Israel put forth by BDS supporters as justification for a boycott do not come anywhere near the threshold of such measures. On the contrary, they take the side of some of the least moral actors in the conflict.

Any and all of the accusations leveled against Israel for her treatment of the Palestinians applies in far greater intensities of oppression and repression all around the world (Tibet, Kurdistan) and, all the more when one looks at the political behavior of Israel’s neighbors (Syria, Iraq, Gaza, PA). Indeed, just in neutral terms, the Israelis treat Muslim Arabs, both in Israel and in the West Bank, better than Palestinians leaders treat Palestinians under their authority.

Israeli violations of academic freedom, for example, the issue at stake here, pale beside the restrictive and repressive intellectual and academic atmosphere in the Arab world, even in the world of Palestinian higher education, which didn’t even exist before the Israeli ‘occupation.’

Opposing normalization, as BDS does, means opposing compromise – a necessary component of any two-state solution. It means committing to the totalistic Palestinian narrative whereby Israelis are irredeemably bad and Palestinians unquestionably justified, in which ‘justice’ is defined as a Palestinian state, ‘from the river to the sea.’ It’s not social justice, it’s siding with the most irredentist forces on one side of a conflict, and stigmatizing the other as pariahs… not deserving to even be heard.

That ‘hearing’ – the right of Israel and her defenders to tell ‘their side of the story’ and the duty of serious moral beings to listen – is particularly important in the case of BDS, which uses both misinformation and intellectually dishonest exaggeration to turn Israel into a pariah state.

Ken Marcus, for example, does not, as claimed, “oppose and censor any criticism of Israel” (the dishonest Livingstone Formulation) but only those deemed by formally adopted definitions, too be anti-Semitic hate speech.

By those definitions, for example, the slide presented by Emory Douglas at a required lecture at University of Michigan fulfills the two most extreme criteria of the internationally-accepted definition of ‘anti-Semitism,’ defined by the IHRA, adopted by a number of countries, and parallel to the state department definition: Using the symbols and images associated with classic antisemitism (e.g., claims of Jews killing Jesus or blood libel) to characterize Israel or Israelis; and Drawing comparisons of contemporary Israeli policy to that of the Nazis. Douglas’ graphic art purposefully blurs the boundary between ‘Jewish’ and ‘Zionist’ by equating Hitler, the quintessence of evil in Western discourse, to Netanyahu. The end result is a particularly distorted replacement narrative whereby the Israelis are the new Nazis, and the Palestinians, who openly admire the Nazis, are the new Jews.

What those BDS advocates signing the letter mean by the “advocacy” opposed by Marcus, is, like the Douglas slide, the kind of hate-mongering against Israel that accuses it of genocide, when, just to take a local example, in the last seven years, Syria has killed five times as many and driven ten times as many Muslims from their homes as Israel has in seventy years of ongoing war. The use of accusations of Israel committing genocide against the Palestinians, when their numbers have grown manifold under Israeli rule, debases the language in order to preach hate… hardly progressive values.

As educators, we believe we have an ethical responsibility to advance social justice and expose falsehoods and partial truths, especially when they come neatly packaged as ‘my side good, their side evil.’ People of conscience, like Cheney-Lippold and the signers of the letter supporting him, have a particular responsibility to inform themselves better about the larger issues, so their moral outrage has a certain perspective, and they do not fall victim to journalism-fueled obsessions.

Then perhaps they won’t plunge into activism and professional disobedience in support of a cause that undermines the very academy that employs them, and the very progressive principles they claim so passionately to support. 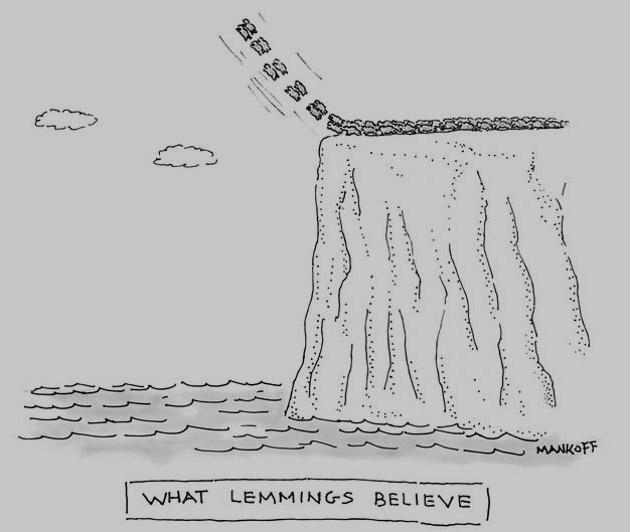