In the past two decades, Gerstenfeld became a leading expert on antisemitism – particularly the European resurgence, and warning of the “new” manifestations such as the BDS movement. 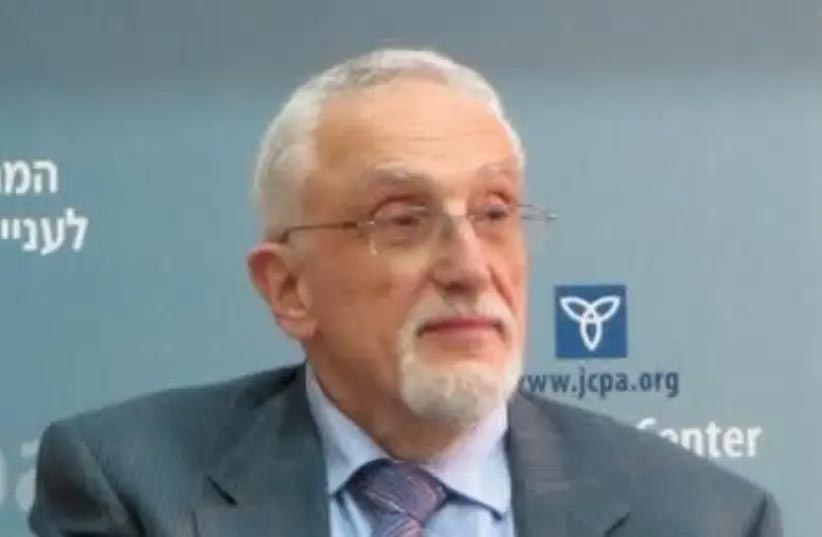 Manfred Gerstenfeld was a Jewish renaissance man and a prodigious writer who leaves a rich legacy in many different realms. Born in Vienna in 1937, he and his family were forced to flee, and survived the Holocaust by hiding in a small apartment in Amsterdam.

At a young age, he began to write the Dutch Jewish newspaper, including a series of articles on the vanishing Jewish communities of Holland which documented the memories of the survivors.  As a university student, he also attended the Jewish seminary in Holland, while completing degrees in chemistry and economics. After graduation, he quickly established a reputation as an expert on international business strategy in the context of the European Economic Community (now the European Union), and relocated to Paris.

In the wake of the 1967 war, Gerstenfeld and his wife decided to move their lives to Israel, and he continued his professional activities from Jerusalem. Expanding his foundation in economics, he understood the growing significance of environmental issues, and published innovative research and analysis on these issues in five languages. Titles included Environment and Confusion: An Introduction to a Messy Subject and Judaism, Environmentalism and the Environment. In 1999, at the age of 62, he completed his doctorate in this field.

In the past two decades, Gerstenfeld became a leading expert on antisemitism – particularly the European resurgence, and warning of the “new” manifestations such as the BDS movement. In his view, these ideological campaigns were anchored in post-Holocaust inversion that demonized and delegitimized Israel and Jewish national self-determination. Working with Prof. Dan Elazar, he became closely involved with the Jerusalem Center for Public Affairs, chairing the Steering Committee, and founding the project on post-Holocaust studies and antisemitism.  He also edited the Jewish Political Studies Review. Between 2002 and 2013, he published 10 books on related topics, including Europe’s Crumbling Myths: The Post-Holocaust Origins of Today’s Anti-Semitism, and Anti-Semitism in Norway, as well as tens of articles.

In each of his parallel careers, Gerstenfeld served as a generous mentor and colleague. But he was also outspoken – he did not practice the art politically correctness and did not hide his criticism, including for Israeli officials who failed to act in response to the warning signs, and take the dangers seriously.

Survived by his sons Dan & Alon Gerstenfeld, Manfred Gerstenfeld has left a very rich and legacy, particularly for the Jewish people.

In the past two decades, Gerstenfeld became a leading expert on antisemitism – particularly the European resurgence, and warning of the “new” manifestations such as the BDS movement.