The Inherent Contradictions of the BDS Movement 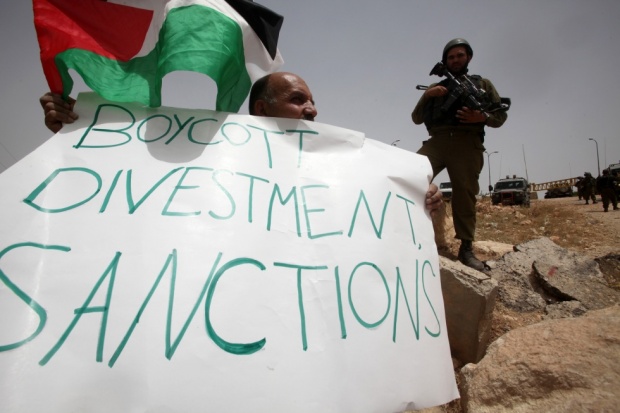 Johansson recently stepped down as Oxfam’s ambassador, which claims to be opposed to trade from Israeli settlements, as controversy ensued over her partnership with SodaStream.[1] SodaStream, an Israeli-owned company that transforms water or juice into a carbonated form, operates a factory in Ma’ale Adumin, an Israeli settlement in the West Bank. It has been argued that this initiative could create, and has already been responsible for establishing, hundreds of jobs for both Jews and Arabs alike.[2] However, there have been calls to boycott SodaStream, which has been rejected by many of its Palestinian workers who are at risk of losing their jobs, and some critics are concerned that the company operates in what may be part of an eventual future Palestinian state.[3]

The boycott, divestment and sanctions movement, often referred to as BDS, is a measure to cut ties with the state of Israel in various forms, whether economically, politically and/or socially. It has currently also sprung up in academic circles within the American Studies Association’s (ASA), which has over 5000 members, to boycott Israeli academic institutions in response to what they claim to be Israel’s unjust treatment of Palestinians. The ASA argues that they are not, “endorsing a boycott of Israeli scholars engaged in individual-level contacts and ordinary forms of academic exchange, including presentations at conferences, public lectures at campuses, and collaboration on research and publication.”[4] Essentially, they claim, that the boycott is limited to a refusal, “to enter into formal collaborations with Israeli institutions, or with scholars who are expressly serving as representatives or ambassadors of those institutions (such as deans, rectors, presidents and others), or on behalf of the Israeli government, until Israel ceases to violate human rights and international law.” [5] These conditions may be construed as ambiguous and it may not be immediately clear how an employee of an Israeli university, such as a professor, may differ from the other positions mentioned above from those deemed to serve as representatives or ambassadors of such institutions.

However, in response to the ASA’s boycott, which was launched just over one month ago, four American universities have already cancelled their memberships, including Brandeis, Penn State, University of Indiana, and Kenyon College.[6] In addition, many others have issued statements opposing the boycott, including Harvard, Yale, Princeton, Brown, Cornell, and several others.[7] The example of the ASA boycott illustrates what can, and often does, occur in BDS movements – notably, they cast further divisions rather than stimulate progress towards a meaningful solution. Frankly, an academic boycott is counterintuitive in nature. One of the primary purposes in academia is to share knowledge with colleagues across various disciplines and fields, beyond university campuses and borders, regardless of one’s ethnic background or political beliefs. Such a boycott effectively minimizes debate, particularly those in which Israeli scholars are involved, in an effort to silence the voices of those who may not be deemed welcome in the manner of other scholars. Although the ASA claims that it will not prevent Israeli academics from attending their conferences, it is implied that the ASA has set limits on what is acceptable discourse and that any one deviating from it can expect to be met with resistance.

There are many Israeli scholars who are revered for the work they produce in their fields and fall on many sides of the spectrum, from those leaning to the left to those on the extreme right. One simply has to look at a distinguished award like the Nobel Prize and its recipients since its inception to recognize the significant contributions that Israelis have made in their various disciplines. It is not difficult to conceive the loss that academia would suffer by alienating Israeli intellectuals from sharing their research where constructive dialogue is paramount.

The BDS campaign, in their often supposed claims to only target the institutional aspects of the Jewish state, virtually leads to a scenario where every Israeli individual becomes viewed as a collaborator to the actions of his or her state and must carry on a burden of guilt for any injustices that may be occurring. Furthermore, the proponents of these movements often fail to make the distinction between Israeli Jews and Israeli Arabs and it is unclear whether both are assumed to be complicit in the actions of their government. The BDS movement also often unintentionally hurts the lifestyles and economies of the Palestinian people, many of whom make a living working for Israeli companies – as can be observed with the current case of SodaStream. The BDS movement is malicious, unnecessary and misdirected.

Debate must not be stifled, but rather encouraged. Otherwise, any meaningful dialogue between the two sides cannot be expected but instead will contribute to a further divide. The ‘buycott’ movement, which encourages the purchase of Israeli products, has emerged as result of BDS and is particularly promoted under such dire circumstances. In 2009, an effort to boycott Israeli wine at a Toronto LCBO location led to the products being sold out – in particular, 500 cases were bought in just over half an hour.[8] In this case, along with many others, an attempt to boycott actually led to unintended, and even positive, results. The ‘buycott’ movement can not only be taken to support Israeli products, but also indicates a general support for the state of Israel as well as a solid rejection of the BDS movement and what it fundamentally entails. Such a campaign can assist in counterbalancing attempts to boycott.

Regardless of where one stands on this issue, it must be recognized that the BDS movement is one of irony, is ineffective and further perpetuates divisions on where one stands in terms of the Israeli-Palestinian conflict, an issue that is deeply rooted with animosity and hostility. Dialogue must be encouraged as a means to work through issues in ways that benefit both Israelis and Palestinians. Otherwise, such actions may ultimately harm both sides.

The Inherent Contradictions of the BDS Movement