Isolation as a Tactic of Political Warfare 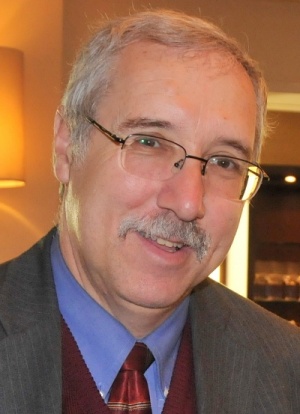 Since 1948, Israel has been relatively isolated. In contrast to the Arab League, there is no “Jewish” League, and alliances depend on shared interests and values. European support has generally been problematic, and close cooperation with the United States only developed after 1967, with periodic friction, particularly during the Carter presidency (1977-1981). In the region, informal security links with Iran, Turkey and Jordan and the 1979 treaty with Egypt were exceptions.

The 1993 Oslo declaration opened many doors, and the era of Israel’s isolation appeared to be over. But the Oslo process’ violent end and other changes in the region reversed much of this progress. European governments became more distant again, and tentative ties with some Gulf countries and North Africa were reversed. However, cooperation with the US during the Clinton and George W. Bush administrations remained very strong and Israelis were able to ignore the wider isolation.

The Obama administration has different priorities and perceptions, and relations have cooled considerably. Friction over Jerusalem construction, and images of humiliation during Prime Minister Binyamin Netanyahu’s March 2010 visit to the White House, suggested a major crisis. Conflict with Europe over the peace process and demands for Israeli concessions also expanded. In the region, Turkish Prime Minister Recep Tayyip Erdogan reversed years of close ties, instead forming alliances with Syria and Iran and joining in their support for Hamas and Hezbollah.

In parallel, a different form of isolation grew out of campaigns based on accusations of “war crimes”, opposition to settlements and acceptance of a version of history that argues that Israel, as a Jewish homeland, has no right to exist. The NGO Forum of the 2001 UN Durban Conference on Racism, in which 1500 organizations participated, called for promoting “a policy of complete and total isolation of Israel as an apartheid state… [and] the imposition of mandatory and comprehensive sanctions and embargoes… between all states and Israel”. The text highlighted alleged Israeli “racist crimes against humanity, including ethnic cleansing, acts of genocide.”

This strategy has been quite successful, generating momentum from the Jenin “massacre” myth (2002) through the “apartheid wall” (2004-5), Lebanon (2006) and Gaza. The United Nations Human Rights Commission (UNHR Council after 2006), dominated by the Organization of the Islamic Conference, provides the base for this political warfare. In each round, the OIC and its non-governmental organization allies have established a committee to condemn Israel for alleged “disproportionate force” and “violations of international law”.

The 2009 Goldstone report on the Gaza conflict, which quoted many NGO publications, has been the most effective, reflecting Judge Richard Goldstone’s reputation and Jewish background. Goldstone’s recommendations are addressed to the UN Security Council and include the threat of proceedings in the International Criminal Court.

These accusations also propel the boycott, divestment and sanctions campaign, designed to promote political, economic and cultural isolation. The 2002 British academic boycott campaign was followed by church-led divestment efforts and other forms of economic warfare. The BDS movement, like other aspects of the Durban strategy, is aimed at reversing Israel’s acceptance as the Jewish national homeland.

In parallel, a number of NGOs have initiated highly publicized legal cases against Israeli military officers and political leaders, using universal jurisdiction statutes as a means of waging “lawfare”. In 2002 political NGOs, including Human Rights Watch, launched such a case in Belgium against then Prime Minister Ariel Sharon. This tactic has since been used against Israeli firms and officials, including Defense Minister Ehud Barak and former foreign minister (and current opposition leader) Tzipi Livni. All these cases were eventually dismissed, but the main purpose has been to add to the isolation and demonization, as articulated in the Durban strategy.

In general, the Israel Defense Forces and government of Israel have downplayed the implications of media spin, NGO claims and UN inquiries, while the Palestinian and Hizballah leadership give these dimensions priority. Videos disproving some key allegations against IDF forces were not released for months after the events, and suggestions for policy changes, particularly regarding non-cooperation with UN investigations, were rejected. At the civilian level, until very recently, no Israeli government ministry devoted resources to respond to academic and other forms of anti-Israel boycotts.

However, as the threats from this form of isolation have increased, including boycotts, lawfare, ICC involvement and possible arms embargoes, the need for an effective Israeli counter-strategy has finally been recognized. A concerted effort prevented the convening of another NGO forum at the UN’s 2009 Durban Review Conference. Israeli policies that contributed to this isolation have been changed, including an end to the prohibition on transfer of civilian goods into Hamas-controlled Gaza. The publication of detailed reports on the Gaza war, as well as prosecutions resulting from human rights violations, suggest that Israel has begun to implement a strategy aimed at preventing ICC involvement resulting from the Goldstone report.

Most importantly, the relationship between Netanyahu and US President Barack Obama appears to have warmed, at least for now. As a result, European leaders are less likely to shun Israel, while some of the sharper aspects of conflict with Turkey are easing. Although Israel is unlikely to win political popularity contests regardless of developments, the threat of complete isolation has receded.

Gerald M. Steinberg is the founder and president of NGO Monitor and professor of political science at Bar Ilan University.
He served on the Board of Directors of Scholars for Peace in the Middle East from 2002- 2007.

Isolation as a Tactic of Political Warfare

Prof. Gerald Steinberg is president of NGO Monitor and professor of Political Studies at Bar Ilan University, where he founded the Program on Conflict Management and Negotiation. His research interests include international relations, Middle East diplomacy and security, the politics of human rights and non-governmental organizations (NGOs), Israeli politics and arms control.

In 2013, Professor Steinberg accepted the prestigious Menachem Begin Prize on behalf of NGO Monitor, recognizing its “Efforts exposing the political agenda and ideological basis of humanitarian organizations that use the Discourse of human rights to discredit Israel and to undermine its position among the nations of the world.”

Steinberg is a member of Israel Council of Foreign Affairs; the Israel Higher-Education Council, Committee on Public Policy; advisory board of the Israel Law Review International, the research working group of the Norwegian Institute of International Affairs (NUPI), and participates in the Inter-parliamentary Coalition for Combating Antisemitism (ICCA). He also speaks at a variety of high-level government sessions and academic conferences worldwide.

Publications include “NGOs, Human Rights, and Political Warfare in the Arab-Israel Conflict" (Israel Studies); "The UN, the ICJ and the Separation Barrier: War by Other Means" (Israel Law Review); and Best Practices for Human Rights and Humanitarian NGO Fact-Finding (co-author), Nijhoff, Leiden, 2012.

His op-ed columns have been published in Wall St. Journal (Europe), Financial Times, Ha’aretz,International Herald Tribune, Jerusalem Post, and other publications. He has appeared as a commentator on the BBC, CBC, CNN, and NPR.